"Will no one rid me of these turbulent Member Trustees!" 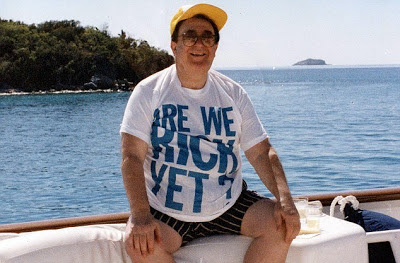 I've been sent a rather odd and disturbing link to a story here on "Engaged Investor" magazine's website.

In which a pension consultant is quoted as saying he understands that the Government is maybe thinking of getting rid of Member Nominated trustees who sit on Pension scheme Boards???

So who will replace the  representatives of those who actually pay into the pension scheme and act as the owners of their capital? Let me think now? - perchance, more highly paid consultants?

The timing seems most peculiar, since the Government has recently agreed to a significant increase in member nominated representatives (MNR) in the Local Government Pension Scheme and is making promising noises about giving more powers to MNRs in Governance Committees for Contract based pensions schemes and Master trusts. I fully expect the next Labour Government to continue with this process.

I actually support the important role played by professional advisers and consultants in running pension schemes and think many of them are honourable and genuinely want to do the right thing for us. However, there is no getting away from the fact that we have the fiduciary duty to our beneficiaries and they do not.

But as the full article in Engaged Investor makes clear, never forget the reason, why the requirement for member nominated trustees came about in the first place. The picture above is of Bob Maxwell in his famous yacht a year before his death, who stole hundreds of millions of pounds belonging to pensioners.This resulted in legislation that requires at least 1/3 of member trustees make up the Board.

The institution of trusteeship in this country is centuries old and although not perfect is still fit for purpose. Our primary role is to ensure that the money we hold in trust is held for the benefit of the beneficiaries and not be totally ripped off by those who are paid to manage our money. Even Adam Smith (not someone I normally cite on this blog) would have understood this.

In the past some trustees have not been properly trained and supported and have been held back on Boards. The requirement to have member representation and the growth of trustee based organisations such as the TUC Trustee network and especially the Association of Member Nominated Trustees (AMNT) will help counter these problems.

Anyone who opens a newspaper or who turns on the telly to watch the news, will be aware on practically a daily basis, that we actually need more member trustees and representatives looking after all aspects of our money - not less.
Posted by John Gray at Monday, January 21, 2013