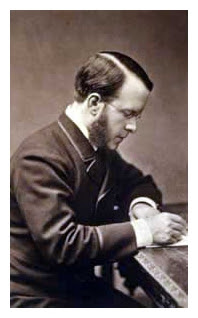 Some things do make you simply despair. Today I learnt that the Charity Barnardo's has announced that it will be closing its defined benefit pension scheme for it's staff without consultation.

Of course it is now back tracking rapidly since UNISON has reminded it that it is legally obliged to consult with its staff before making such a decision.

But how on earth have we come to this place that a previously respected national charity is not only depriving its staff of a decent pension scheme but is planning for them to retire and die in miserable poverty?

Let us get certain things straight from the beginning. Firstly, Barnardo's do not have to close their career average defined pension scheme. It will not get rid of any pension fund deficit since that will remain and now become far more expensive to service. It will arguably make the existing deficit worse and without doubt, cost Barnardo's more money to close it rather than keep it open.

So why on earth are they wasting charitable and public money on closing their scheme?

Not only that but even the Government has accepted that the way pensions schemes traditionally calculate the cost of their pensions is completely nonsense due to outdated and ridiculous accounting measures. The Pensions Minister, Steve Webb, has promised to change this and there is currently an on going enquiry into this matter which some commentators believe could reduce the size of pension fund deficits by 40%?

What is also particularly sickening is that Barnardo's is proposing to offer its staff being kicked out of its existing pension scheme, the poverty pension plan currently offered to new staff members. It will only offer 4% or 6% matched employer pension contributions, which are wholly inadequate and will mean that many of their staff, particularly the low paid will retire and die in poverty.

Is this what they really want? What does the Charities trustees think of this?

If you check the accounts there are 8,366 Barnardo staff who earn less than 59,999 per year. The overwhelming majority of course are on much less than £59k. There are 35 staff who earn £60k - 159k per year, who no doubt earn so much, they will be able to properly fund their pension schemes.

The top earners are the ones who made the decision to close the traditional scheme.

This is all just wrong and totally unnecessary. Barnardo's should be engaged in genuine and meaningful negotiations with UNISON over these issues.

If they don't then, it will just further damage and even help destroy their reputation.
Posted by John Gray at Wednesday, January 16, 2013

This is the tip of the iceberg when it comes to the way Barnardo's treats its staff. You only have to look at the starting salaries in retail and the threats of hidden cameras to see that they view their employees as nothing more than dirt on the bottom of their shoes. It has become the most depressing, vile place to work. They bully staff, reward incompetence and punish those who are actually capable as they are threatened by them. Someone needs to expose them for the selfish, arrogant, scheming snakes they are. Please, someone look into them as employers.

The only way to protect staff is through your union. Join UNISON and get involved.

There is no guarantees of success in life but the more of us in the union the better the deal we will get.

Barnardo's pension deficit does not even seem that large. According to figures in the Financial Times, it's 15%. Obviously there is no possibility that Barnardo's will suddenly have to produce this sum. In the FT article it says that the deficit would wipe out their general reserves but is there any need to have a pensions reserve equivalent to the deficit?

Sorry about the delay.

You are absolutely right. Pensions are a 60 year plus commitment and it is wrong to value them in this way.

That is why the government is consulting on changing the way such schemes are valued and that is why what Barnardos is doing is so wrong and so unnecessary.

As an .ex Barnardos employee I agree that they are a poor employer who make unconsidered decisions. However in my time of need unison were hopeless, failing to turn up for my redundancy consultation, despite being a member for 8 years. They told me I wasn't a member, and had not bothered to check. Anon

Sorry you feel like this and I think we should accept that with 1.3 million members we don't get things right every single time.

It is vital that we strive to do so.

But I must say that the Barnardos UNISON branch has been highly regarded for its casework and representation in the past?

I work in Barnardo's retail. SLAVE LABOUR has returned - paid for 35 hours at little more than min wage, work 52 hours+, no lunch, no extra for sundays, start early, finish late, cover other shops at one day's notice, responsibility increased, wages decreased. The more you do, the more they seem to hate you. Agree with previous Anon's comment - spy cameras, treated like dirt.

Have you joined the union? We are not perfect but we are the only ones who can protect workers.

Totally hit nail on the head there. I wouldn't even call it a charity, it's a multi-million pound business with its profits quite obviously going into all the wrong pockets. The charitable "cause" is even so vague that not even staff could tell you who benefits from it and I highly doubt children get the help they effectively need.
Volunteers are described as "valued" but only because they're free labour and there isn't even petty cash to buy them biscuits which comes out of the managers own pockets or donated by customers.
And the company is so paranoid of theft, yet I have seen donations literally thrown away and they actually lose more money through a flawed and unorganised system of stock distribution and utilization. It really saddens me when people think they're helping a cause that is in reality funding a system of filtered down abuse and exploitation. Large charities such as this need to have regulations in place and monitored on a regular basis.

I have written a motion on large housing associations and charities. They need to get their act together or they should not be allowed access to any form of public procurement.

I hope to get this passed at our unison national conference and sent to Labour Party conference.

Colin (or what ever your real name is)

thousands of good people work or volunteer for Charities. There is of course always a few rotten apples in all walks of life.

Don't you realise that you just appear to be an idiot smearing all people in this way?

I hope most company's have unison in the task force .