The Employment Law Year Ahead 2013 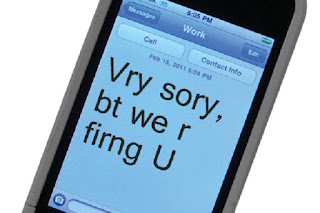 Least we forget how much this Tory led government hates and despises the rights of ordinary working people. This post is based on an e-newsletter I read recently from a leading firm of UK Employment lawyers.

The Government has stated its intention to reduce the 90-day minimum period for collective redundancy consultation, replacing it with a shortened 45-day period.

Last summer, the Ministry of Justice announced its intention to introduce employment tribunal fees in the summer of 2013. Final tribunal fee proposals include: an issue fee of £160 or £250, depending on claim; similarly, a hearing fee of £230 or £950; and an EAT issue fee of £400 and £1200 hearing fee. Tribunals will have the power to order the unsuccessful party to reimburse fees paid by the successful party and a fee remission system will operate for those who cannot afford to pay.

Evidence of pre-termination negotiations conducted with a view to agreeing terms for ending employment will become inadmissible in most unfair dismissal claims, except where the employer has acted improperly.

Finally, it should be noted that other proposals for change are also in the pipeline, for example, a consultation on TUPE and reform of the Working Time Regulations. However, firm details are still awaited.

We are stuffed. Yet this will also mean that workers will realise that the law will not protect them at work and the only force that can - are trade unions.
Posted by John Gray at Saturday, January 12, 2013

I would refused to pay to a trade union, since you give your money to the labour party. I prefer neutral.

Don't quite know how you will remain neutral if you find yourself in trouble at work?

Anyway, you are wrong. Trade unions do not give money to the Labour Party. Individual members elect to donate (or not as the case may be).

So you can join a union and not give a penny to the Party.