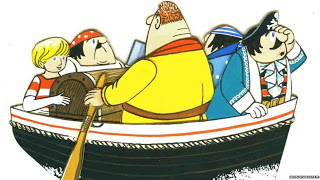 NO PROGRESS IN METROPOLITAN CONSULTATION MEETINGS

A series of cost-cutting proposals presented to UNISON by Metropolitan housing association have been firmly rejected by the union’s members.

Metropolitan are conducting a 90 day consultation on changes to the terms and conditions of its 887 staff who are employed as Care and Support workers. The proposals include the reduction of staff salaries by up to 40%; reducing the number of job roles from 44 to 4, introducing flexible contracts and reducing management and administration posts.

Controversially, a private consultant’s report presented to the Metropolitan Board in December 2011 recommended employing more low-paid, part time staff “who could supplement their income by claiming working tax credits”.

If implemented, the proposed salary cuts will slash the wages of front line staff to below that of the GLA’s recommended London Living Wage. Metropolitan’s 2011/12 Financial Statement revealed that the former chief executive, Bill Payne, received a record payout of £412,000 in 2011.

UNISON’s Housing Associations’ Branch Secretary, John Gray, commented: “The hypocrisy of Metropolitan’s position is absolutely staggering. It pays £412,000 to honour the employment contracts of a departing chief executive yet wants to rip up the contracts of hundreds of frontline staff in order to impose wage cuts of up to 40%”.

UNISON Regional Organiser, Colin Inniss stated: “our members at Metropolitan are very angry about this and rightly so. Unless the Board sees sense and reconsiders its proposals we are heading for a serious dispute.

2. Brian Johnson, formerly of Moat, has recently been appointed chief executive of Metropolitan.

The London Living Wage is designed to help people towards a minimum acceptable quality of life in our capital. It is calculated by the Greater London Authority and is currently £8.30

(This is from branch press release. I brought this matter up at our West Ham GC meeting last night with our MP Lyn Brown)
Posted by John Gray at Friday, October 26, 2012