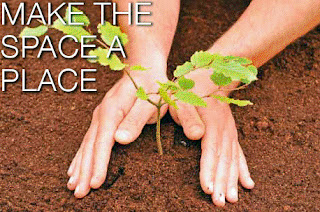 This report is from what I thought was a pretty successful and constructive meeting tonight of Ham Park Village Residents Association at the Vicarage Lane Community Centre, E15.

Things in life never run that smoothly. There was two last minute scares about the meeting. Firstly, the centre thought it had been cancelled (it hadn't) then we were locked out since there was a problem with the key to open the centre but that was soon sorted out.

There were about 30 local residents present. Ham Park Village is to the west of the historic 1874 West Ham Park, which is the largest public park in Newham and run by a Charitable Trust funded by the City of London. There was a representative from the Park, the local Police Safer Neighbourhood Team (SNT) Sergeant and Newham Council officers, as well as my West Ham ward colleague, Cllr Ron Manley.

The first part of the meeting dealt with local Policing issues in our ward, the Park and the Ham Village area. The SNT reported that the ward was 11th out of the 20 Newham wards in terms of crime reports and had average reports of Anti-Social Behaviour (ASB). Despite being "average" there are a number of problems in the ward which impact on residents lives. Street drinkers, low level drug taking, prostitution and violence amongst young people. However, other statistics tell us that while there is problems it is still an area people like and want to stay and live.
There was some fiery questions to the Police and the West Ham Park representative but it was on the whole measured and reasoned yet at times passionate. There was a sort of general  agreement (apart from Park benches) at the end of this discussion and also a commitment to better tackle seasonable drink related ASB.
The second part of the meeting was an excellent update and presentation by Newham Council officers. Firstly, on the proposed gates in (a small part) Aileen Walk which has gone out to public consultation. The money has been agreed and providing that the consultation is successful, it should go ahead!
Then the age old and controversial issue of "The Wall". Now, this is a low level wall in an unused green space in the village area which nobody quite knows why or when it was built. It serves no useful purpose and there is very significant amounts of ASB reported around "The Wall". The Council housing department own the land and while they have no current plans for it's use are prepared to lease it out to a Community Garden project. They may well want it back in the future to build on but have no plans at this moment and are willing to let it be used for a good purpose in the meanwhile.
So this plan is to encourage local residents to take responsibility for the area, get grants and permissions, then knock down the wall and build a Community Garden. To grow fruit, veg and roses. Very like the existing Newham Abbey Gardens and First Avenue Community Garden model. The presentation by various Council officers was very good and the idea was well received. Obviously there was issues and concerns raised but the overwhelming response was positive. We are hopefully at last doing something about "The Wall" and bringing together the local community.
This was a great meeting, I enjoyed it and learnt a lot as well. Many thanks to all involved. A Community Garden planning meeting will be held very soon. If anyone local wants to get involved they can email me for contact details of the Ham Village RA.
I did twitter during the meeting on hashtag #westhamlbn.
Posted by John Gray at Wednesday, October 17, 2012