Lab12: One nation infrastructure in Britain 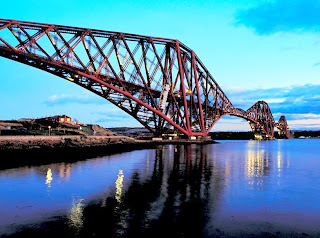 The World Economic Forum ranks the UK a disastrous 24th in the world for infrastructure. The British public face high and rising transport costs. We have drought warnings and flooding at the same time. Our rail franchises finance legal challenges not better trains. And we face an energy crunch.

Yet treating the UK as One Nation could solve this.

Infrastructure is what made the UK One Nation. Be it road, rail or canals, before these things were established, our clocks all read different times. Once they were built, we were as one.

But we remain divided. We may not want division between the North and the South, but economically speaking, we have it. Likewise with HS2. Rural villages declare it satanic while Birmingham welcomes business opportunities. Scotland and Wales meanwhile, look on enviously at the chance of such disagreement.

So can a One Nation spirit prove practical? It is probably too much to hope that rural areas will start welcoming wind farms in the service of their country. Many will continue to demand the lights stay on with energy produced out of their sight, far from their homes. But strategically, a plan for the nation makes sense.

A renewable future is likely to see over-generation in sparsely populated Scotland, with a grid able to carry it south to English cities. But it is also likely to see more generation and energy saving in people’s own homes and communities. Giving everyone a stake in the nation’s energy – and publishing a mapped out national strategy would be very One Nation.

Likewise we have plenty of national rainfall but no national distribution – thus vast areas face drought while others flood.

The biggest key though, remains transport. People need to move freely around their One Nation. Yet rail firms raise prices and franchises collapse in acrimony and legal costs. We break up the network and services into patches and regions instead of a cohesive nation.

At the same time our One Nation debates where around London we should build new airport capacity. But why not build a new hub airport in the North, serving Leeds, Manchester, Liverpool and Newcastle – instead of yet another London airport in the Thames that business travellers from the whole of our Islands must go to for flights to China and India?

Not that One Nation means ignoring the local. Look to Liverpool’s docks to see regeneration in practice. We can apply that to Hull. Look at London Overground’s impact at Dalston and Hackney. Let’s apply the model to West Bromwch and Bradford. One Nation should recognise its own successes and build on them for all.

So as Labour looks to a One Nation future, let’s take that ethos back to the hard-edge of nation building and bring our country together.
Posted by John Gray at Thursday, October 04, 2012