Holocaust Memorial Day 2021: Be the light in the darkness 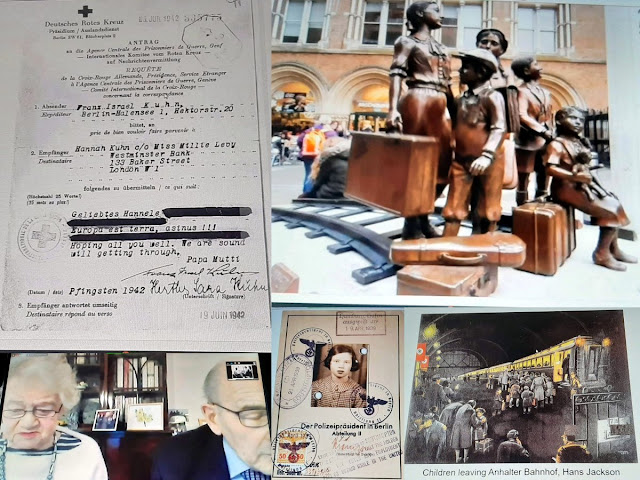 This morning I attended Newham Council's virtual event to mark Holocaust Memorial Day. There was a very moving testimony by Holocaust survivors, Ann and Bob Kirk BEM. They described their separate childhood experiences of the pre war Nazi terror on Jews living in Germany and their life on the run after the Kristallnacht pogrom.

Both of them as children were able to flee to Britain via the famous Kindertransport network. They were both waved off by their parents at railways stations with them saying they will follow them soon. However, both sets of parents were murdered during the holocaust and they never saw them again.

Bob's father had even been wounded several times and decorated with the Iron Cross as a hero of the German Army during the First World War yet he was still killed by the Nazi's.

In the UK after the War, Ann and Bob, met up as adults and eventually married and led successful lives bringing up their sons.

I had to leave early for another meeting but I doubt I will ever forget this simple, quiet yet powerful testimony of genocide by Ann and Bob.
Posted by John Gray at Wednesday, January 27, 2021

Trolls. Please show some respect for the dead. Comment deleted.