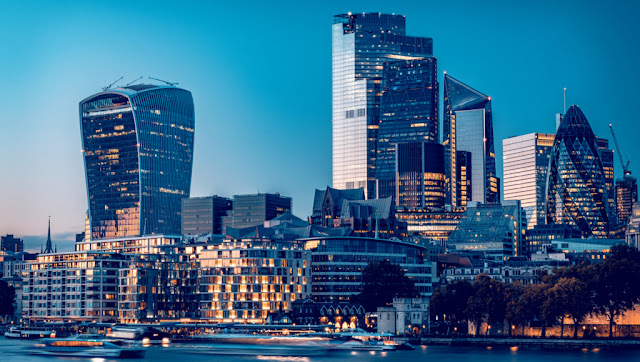 The UK listings review proposed by the Treasury, including the introduction of dual class shares with different voting rights for shares listed with the London Stock Exchange, has not been welcomed by investors.

The review is led by Jonathan Hill, former European Commissioner for Financial Stability, Financial Services and Capital Markets Union and a Member of House of Lords. A consultation closed on 5 January and the review will continue in early 2021.

Lord Hill’s review is seen as an attempt to ensure that the UK remains an attractive place to list after Brexit, as competition increases from other stock exchanges in Europe and beyond that have relaxed listing regimes and corporate governance frameworks.

Athanasia Karananou, Head of Corporate Governance at the Principles for Responsible Investment, tells RI that dual class shares can severely undermine the effectiveness of stewardship and the power of institutional investors to hold companies accountable. “Weakening the existing rules to effectively allow such structures would appear to be regressive and contrary to the high corporate governance standards of the LSE premium listing segment,” she explains, adding that the proposal could affect investor confidence and “reinforce concerns around a potential global race to the bottom” resulting in lower governance standards and investor protections globally.

The International Corporate Governance Network (ICGN), the investor body whose members represent $54trn (€44.3trn) in assets under management, labelled the proposal “a trade-off that waters down regulatory standards at the expense of investor protection”.

In its response to the consultation, ICGN said: “This public consultation makes clear that dual class offerings and lower free float are both on the table, our clear message to you is that such developments would be unwelcome by a substantial number of institutional investors globally.”

ICGN said that while sympathetic to concerns of short-termism that might lie behind Lord Hill’s review, dual class shares are a seriously flawed tactic with unintended consequences.

“Weakening the existing rules to effectively allow such structures would appear to be regressive and contrary to the high corporate governance standards” - Athanasia Karananou, PRI

The main UK retail investor bodies, the UK Shareholders’ Association and ShareSoc, have also opposed the plans, with  / Cliff Weight, ShareSoc’s Director, labelling it as “utterly misguided” and “a race to the bottom” by attempting to improve the UK market by relaxing corporate governance standards.

Weight added he would prefer stronger standards in light of the most recent accounting and auditing scandals such Carillion, Thomas Cook, Conviviality and Patisserie Valerie.

PIRC, a UK governance consultancy advising the Local Authority Pension Fund Forum, also opposed the relaxation of governance standards in its response to the review.

Alan MacDougall, PIRC Managing Director, wrote: “Problems with the collapses of NMC Health (a FTSE 100 company) and Finablr (a FTSE 350) company predated COVID, and appear to us to be a result of previous measures to relax the Listing Regime.” He suggested that listing requirements should be instruments of Parliament, and subject to its authority, to minimise “many of the problems caused by [corporate advisory side] lobbying”.

Other jurisdictions already allow dual class shares, among them the US, Hong Kong and Singapore. In Europe, the Netherlands features prominently. According to Rients Abma, Executive Director of Dutch governance organisation Eumedion, it is referred to as the ‘Delaware of Europe’ due its flexible company laws.

Abma said the current political climate favours loyalty shares and dual-class shares because politicians believe that those share structures can attract new company headquarters. “Last year Campari Group decided to relocate from Italy to The Netherlands and Fiat Chrysler and Peugeot decided to establish its joint headquarters [now Stellantis] in Amsterdam, leaving London and Paris behind. Also CureVac [involved in a Covid-19 vaccine] decided to relocate its statutory seat from Germany to The Netherlands as the company can protect itself better against possible hostile bidders, after the Trump intervention in April 2020.”

Spain is the next European country that will introduce loyalty shares, although as an option that shareholders should ultimately approve. The reform is still being discussed in Parliament.

Research reviewed by Alex Edmans, Professor of Finance at the London Business School, suggests that dual-class structures are “undesirable for most firms”.

He says academic evidence suggests that dual-class shares entrench management and allow it to pursue its own interests rather than protecting a firm’s entrepreneurial vision and fostering long-term investment.

According to Edmans: “Dual-class shares will severely hinder shareholders from engaging, worsening the problem of disengagement and the ownerless corporation.”