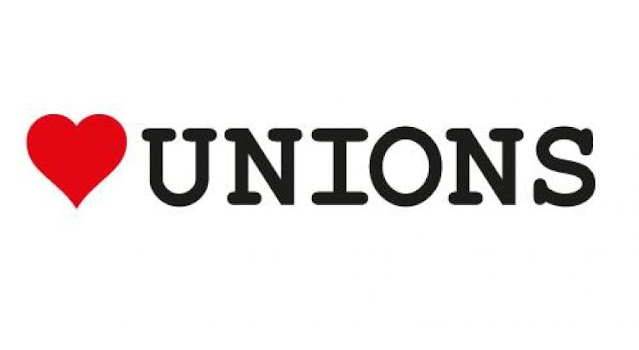 Today I attended the TUC London, East & South East (LESE) Regional Council meeting as a UNISON delegate.  LESE is the largest of the TUC's six English regions and covers three of the former government regions: London, the South East, and East of England. Over two million trades unionists live and work within the region.

I hope to write a report on the meeting later but thought I should highlight this years "Heart Unions" week.

"HeartUnions week will be take place 8-14 February 2021. It’s a chance to tell the story about why unions are vital for everyone at work, and encourage people who aren't yet in a union to join.

What's it all about?

During the week we want to do two simple things:

1. demonstrate how brilliant unions are by showcasing all that we achieve for working people – especially during the pandemic.

2. encourage as many people as possible who are already union members to ask someone they know to join one too.

So, during the run up to HeartUnions week – and during the week itself – we’ll be sharing stories that show unions’ impact and providing reps and members with resources to help them get more people to join a union.

We hope unions will run their own HeartUnions campaigns highlighting what they’ve won with and for their members, and encouraging more workers in their respective industries and sectors to join a union.

On social media we’ll be using the hashtag #HeartUnions. Use it to keep in touch with what the TUC and unions are saying, and to publicise your own activities.

Over the last year unions have demonstrated their relevance and effectiveness like never before, so let’s use #HeartUnions to say loudly and proudly UNIONS ARE BRILLIANT – JOIN ONE TODAY!"