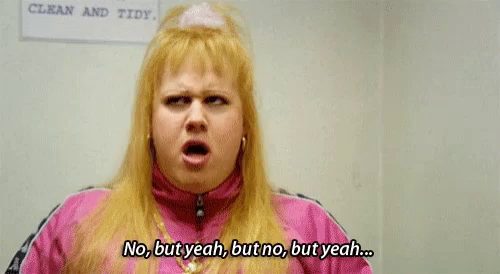 By 5.30pm today (Wednesday 6 January) the average FTSE 100 Chief Executive would have already earned more this year than the average annual salary of UK workers. They only had to work 34 hours to earn £31, 461 which is the average medium wage for full time workers.
Median FTSE 100 chief executive pay was £3.61m in 2019.

While many would accept that Chief Executives of large successful companies should get decent pay why has this ratio from average to top earner increased from estimated 50 times in 2000 and 20 times in the 1980s?
A rather strange justification from the Adam Smith Institute for such a massive growth in pay for Chief Executives. Claiming that studies show the negative impact of deaths of CEOs on company share prices? A Vicky Pollard justification for such silliness. Of course a company share price would tend to be negatively impacted if its CEO dies suddenly.
The Adam Smith Institute ought to remember what their names sake wrote in 1776 about shareholders being ripped off by agents (modern day chief executives)

All these pay deals for chief executives are voted upon at annual general meetings. ESG advisor PIRC reminds pension trustees such as myself that "There's a pretty easy test for trustees here - check your asset managers' voting records. If they are voting for most executive remuneration policies they are helping to create this outcome. If you don't like what you see, don't let them vote your shares".
I shall look forward to my next trustee meeting

I guess in private companies they can always fire the CEO if the company stops performing, but its not a great picture.
I suppose you are equally concerned in the TUC by the pay packages in the public sector local authorities? Many of the CEO's of the local council's earn many times the average national salary.
How many times the average national salary were you earning as the Deputy leader and cabinet member, and what was your total package including pension? How do we go about querying the pay of public servants such as yourself John?

How much more than the average salary were you earning John as Deputy Mayor? What was your total package worth?
What were your qualifications for that role?
Come on lets hear about that...

I don't normally allow anonymous trolling on this blog but I was interested in some of the points made.

Anon 1
Good that you appear to disprove of these Chief executives being paid 120 more than average pay.

The Newham Council CEO earns £229,000. Which I have concerns about but this is "only" just over 7 times the average wage. Nowhere near 120 times

Newham Council has a turnover over £1 billion and I understand that if this was a private company then it would be in the FTSE 350. .

My allowance as Deputy Mayor & cabinet lead was £35,373 (additional supplement of £5,202 per annum for the cabinet member appointed as Statutory Deputy Mayor​). I also had an allowance of £11,280 as a Councillor which is separate but will include in calculation of £52,855.

So I received just 1.6 average salary. Again nowhere near 120 times

I had no pension whatsoever in this role.

The top "star" performers and sports people are paid too much in my opinion however the BBC has to pay the market rate to employ people. I think that no one should be paid more than 20 x average salaries. Not sure if this is possible but that should be the expectation.

Answered above. I suspect as someone who has worked in local government and housing for most of his life I had more qualifications than Boris has to be Prime Minister.

any further trolling on this and anything else will be treated as spam. Trump is going and lets make a stand against haters

Interesting hypothesis on the Mayor's pay package.."Newham Council has a turnover over £1 billion and I understand that if this was a private company then it would be in the FTSE 350".
Except of course turnover is only one measure but is always the one the public service point at to justify their huge pay and golden pensions.
The huge problem with this is obvious. The vast majority of the income Newham has is given to the council through grants and the council tax - which we all have to pay by law - very different from private companies. The Mayor doesn't have to "create" or maintain anything like the income that a CEO does. The Mayor doesn't have to have a sales plan, research and development, a product pipeline. The Mayor doesn't have to raise capital, the organization is pretty much dictated by law and convention - in that every large council in the UK basically has the same structure and positions.The vast majority of the Mayor's spend is basically dictated by law, unlike a CEO. A CEO has to make money. The Mayor isn't in competition with Haringay council or the local authority up the road. You don't have to deal with many national geographic locations and you don't have global reach nor global competition. People in Newham can't choose to change the service you provide and opt to have Westminster council provide it instead.... the list could go on and on, but the differences are wide. Finally you can and do...frequently just blame the Government when things don't go your way or you mis-manage things. The fact that local councillors, such as yourselves, delude themselves by thinking that they have anything in common with the person running the head of say Pfizer, is actually the problem. The competition and qualification to run a big company is many times that of average well meaning Joe Bloggs putting themselves forward to be a councillor.
Whereas Councillors and Mayor's frequently compare themselves to the CEO's running big successful companies you never find the head of a company correspondingly comparing themselves to the head of say Newham council...why is that?
I really hope you think about this and reflect upon it. I hope you give this a coherent reasoned response.

I am afraid you didn't read my reply nor do you understand how local government works. The Mayor and Councillors may set strategy and objectives but it is officers who run Councils. The CEO of Newham is the paid head of staff for 4000 workers, responsible for annual budget of £260 million, as I said a £billion turnover, £1.5 billion pension fund, loans and £1.5 billion capital investment and responsible for delivering essential services to some 350,000 people.

Finally Pfizer is one of the largest companies in the USA (and definitely not FTSE 350 league) and their CEO "earned" $17.9 million in 2019 (Maybe 65 times what the LBN gets)