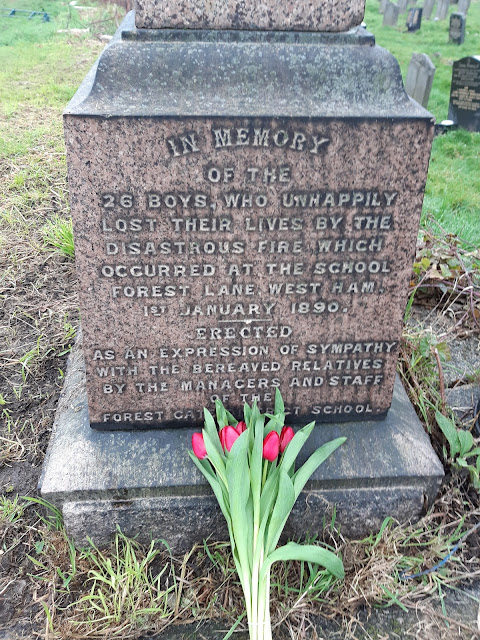 This morning my Councillor colleague, John Whitworth and I, went to West Ham Cemetery to lay some flowers at the memorial to 26 boys who died in a fire exactly 131 years ago. The boys lived in a massive workhouse for children nearby in Forest Gate (now converted into privately owned flats).

It would appear that the children were locked into dormitories at night and were unable to escape.

Check our the names and ages of the children below and a full account of the tragedy at this local history website E7 Now & Then.