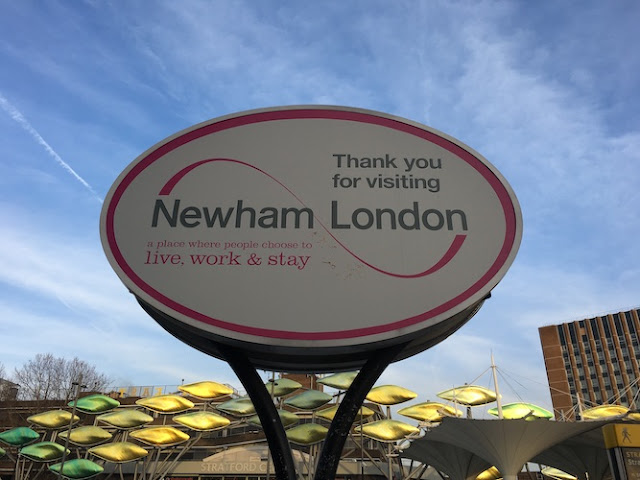 Thirty-two Newham councillors, more than half the total number, have signed an open letter calling on the borough’s Mayor Rokhsana Fiaz to reconsider a new emission-based parking permit scheme introduced yesterday. The councillors say their inboxes have been “overwhelmed” by concerns about the charge and note that the council’s own consultations have shown a large majority of residents are against the scheme.

“With job losses and furlough, many [residents] now rely on food banks and Universal Credit to survive,” they write. “Residents need a council that will stand by them, not imposing regressive and unfair taxes. We believe that air pollution is a serious issue that must be tackled, but these charges will not resolve air quality issues in the borough”.

All of the 32 councillors are Labour members – as is every councillor in Newham – and their action is a significant revolt against a policy backed by a Labour Mayor.

Under the new scheme, Newham residents pay an emissions charge when they renew their annual parking permit based on their vehicle’s tax band. A council spokesperson said it had been “subject to extensive consultation with residents and members over the last year, and has been passed by both the cabinet and full council” and James Asser, Newham’s lead member for environment, highways and sustainable transport, says: “The pandemic has highlighted the effect poor air quality has on public health. Those with underlying respiratory illnesses have been the most vulnerable to the most severe outcomes of Covid-19 infection.”

However, former cabinet member John Gray, one of the signatories of the letter, told On London that although he is “a passionate advocate of emissions-based charging” and believes “we’ve got to do something about reducing pollution,” he believes “the world has changed” since the council’s present budget was agreed last February, before the pandemic took effect, and that many residents cannot cope financially with an extra bill from the council.

Gray says “102,00 Newham residents are on furlough and/or Universal Credit, and there’s tremendous poverty, especially after housing costs”. He claims he has “never been lobbied so hard by residents” over an issue in his ten years on the council.

Newham has previously been one of only two London boroughs which does not charge residents for their first vehicle permit. Very low emission vehicles in Vehicle Excise Duty bands A-B will still incur no charge. But a vehicle in bands G-I, such as a 1.4 litre 2017 VW Golf, falls into Tier 3 of the Newham system, meaning a permit for a first vehicle costs £80, while a band L-M vehicle, such as a 3 litre Grand Cherokee Jeep, is in Tier 5, costs owners £160.

The basic cost of permits for second, third and additional vehicles per household remain unchanged, but they are also subject to an emissions charge on a slightly more steeply rising basis than for the first vehicle. In light of the pandemic, the council has announced a one-off 20% discount on the overall cost of the first resident permit per household. Its website states that even without the discount, charges are cheaper than neighbouring boroughs’ and are in the bottom 50% of all London boroughs, taking account of higher levels of hardship in Newham.

Gray suggests “a need to compromise – you need to have a look at getting rid of the anomaly that the first permit is completely free. We can achieve a lot of what we have to do in a different way,” he says. But Asser argues that, “Just last month, in a landmark ruling, a coroner found that air pollution was a contributory factor in the death of nine year old Ella Kissi-Debrah [in Lewisham] and this highlights that we have a responsibility to do everything in our power to protect our communities and improve our air quality.”

The councillors who’ve signed the open letter are drawn from a mix of factions within Newham’s entirely Labour council chamber. Gray, who is campaigning for changing Newham’s governance system from the mayoral system to a council leader and committee model in the borough’s  referendum on the issue scheduled for 6 May, says lobbying the Mayor via a letter “is unusual” but that “circumstances justified bringing it to the fore”.

He adds that the way the group agreed a collective line was “an example of councillors working collectively and appropriately, acting in the interests of people who elect them”. Another signatory, Royal Docks councillor Pat Murphy, who been chosen as the group’s spokesperson on environmental issues – a role he previously held as a cabinet member under Newham’s previous Mayor, Sir Robin Wales – says councillors opposed to the scheme had been on the verge of issuing two separate letters, but that he had argued they should join forces behind a single one.

The same group appears to have come together around the issue of Mayor Fiaz’s proposed abolition of Newham’s “Eat for Free” universal free school meals provision for primary pupils, which is currently being consulted on with a deadline of 17 January for responses.

Murphy points out that the parking permit charges don’t impact on non-resident drivers using trunk roads across the borough, such as the A12 and A13, and that they weigh more heavily on poorer residents, for example by exempting people with driveways, who he says are more likely to be comparatively well off. In the context of lockdown, he says a car is “the safest form of transport – an emergency form of transport. We need to come up with something that doesn’t penalise the poor and that helps the environment,” he says. He is discussing alternative ideas to the scheme with an Extinction Rebellion member.

Forty-six per cent of Newham households own a car, according to TfL’s 2019 London Travel Demand Survey, based on 2015-18 figures – above the 40% Inner London average but below the 56% average for the capital as a whole. A British Heart Foundation study in February 2020 named Newham as the most polluted local authority in the UK, with an annual average of 13.0 micrograms of PM2.5 particulate pollution per cubic metre – above the World Health Organisation’s 10.0 micrograms/m3 danger level.

The FAQs about the new permit scheme on the council’s website note that Newham has “the worst air quality in the country” with pollution from vehicles equating to ninety six people dying prematurely each year, and that it has the highest number of children admitted to hospital due to asthma-related conditions. Air pollution from London City Airport in Royal Docks, and the proposed Greenwich-Silvertown road tunnel are major topics of controversy in the borough.

Mayor Fiaz has been approached for comment about the councillors’ letter and will be issuing a statement in due course, the council says.


Many of the residents parking zone in Newham were introduced by dishonest and crooked means. The consultations were crooked. They did n't consult me or my neighbours. The first I knew, was for an invitation to apply for a residents parking permit. When I contacted the council, the woman was brazen and told me they only contacted half the residents (the half most likely to support council proposals).

Those designing boundaries for parking zones were done in a crooked way, to create a problems for neighbouring areas. So there would be a deliberate overspill from the CPZ areas to those, which had no parking restrictions. So those who were victims of the overspill, would contact the council for inclusions into the parking zone.


>> Currently around half of Newham households do not have access to a car, so as things stand those people who do not have cars are subsidising those who do.

Residents who don't have cars, were able to apply for 30 free permits per year.

I have a car, but my neighbour who does n't have a car, has had 50 Amazon deliveries during the first lockdown. Whilst I have only a handful of car trip (I tried to do everything in one trip).

I am not surprised there has been a backlash against this proposal. When I read your older post on this topic, I felt it would have been better to be honest to tell people the Council needs the money, rather then phoney arguments about emissions.

Six lanes of the A13 cuts right through Newham, so that is down to people passing through Newham. Is Newham going to stop people gong on the A13? I am not surprised emission are high.

You have the A406. The traffic from the Woolwich Ferry. The A12 etc... The wind carries some pollution from other parts of London. The Council allowed doubling of flights at London City Airport from 36,000 to 72,000 and then again to 110,000. The rate of asthma or other issues did n't seem to be a concern then. The foul smell of aviation fuel is unbearable, then thousands of vehicle passing on busy the busy A13. Around 50% of those air passengers come by road. The extra capacity if for leasure travel which should never have been allowed (which was opened as a VIP business airport). Fewer people travel for business (as they originally did). The internet and video calling has made such business travel less necessary.

There have been mitigating factors to reduce car usage in Newham. There has been new railway lines in Newham. Jubilee, DLR Lines (DLR to Canning Town and Woolwich Arsenal) , Crossrail (to open soon) and the various new interconnections at Stratford. Still waiting for Stratford International for arrivals from Europe.

All of Newham is covered by a CPZ. There is n't a single place, where people can park for free. If someone lives in Zone X, they have to pay to park in Zone Y.

If emissions is the reason, then the Council has done very little to promote alternatives such as installation of electric car charging bays.

An electric car is is n't as environmentally friendly as people claim. The batteries last 10 years and the range decrease year on year.


If the Council did install more electric car charging stations. It may cause a problem for the grid in the future. The Government has announced the phasing out of gas by 2035 (15 years away). It means our homes, will need to be switched over the electric heating, hot water and cooking. That will cause high demand for electricity. Most electric systems are just not good as gas. Many housing associations have failed with various eco systems and have ended up costs residents more money. We are still on the learning curve.

In future, the decision will be do people charge their cars? or heat their homes?. Most homes are not equipped with high electricity demand. We will need 3 phase electric wiring in our homes (for electric boiler, electric heating etc....).

Some talk of gas boilers being able to burn hydrogen, but making hydrogen is n't environmentally friendly at the moment....

People need simple solutions. such as changing over to LED lighting, fitting double glazing or loft insulation..... Moving from gas to electric heating, will increase our carbon footprint.

We managed to find a vaccine in 9 months, but the solution to climate change is evading us all.