The Company AGM of the future: 5 ways to change the AGM for the better 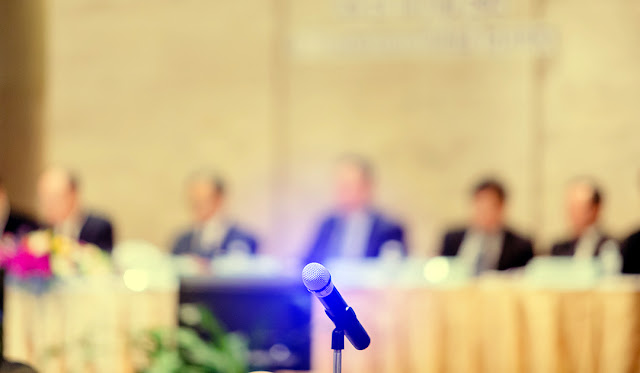 Hat tip to ShareAction on how to improve the Annual General Meetings of public companies. I have been to a number of dreadful AGMs in the past (a very few good ones) and fully support all their recommendations, especially inviting the workers of a company to participate.

Every year – with your support – we attend the AGMs of the biggest companies. It’s a brilliant direct line to decision-makers that has helped our campaigns go from strength to strength.

But last year, things were different.

Covid-19 saw a change to the rules which, due to social distancing measures, allowed companies to hold their UK AGMs virtually or behind closed doors with a minimum number of people present.

Disappointingly, two out of three FTSE100 companies choose the latter.

That prompted much debate.

But long before 2020, AGMs were too often poorly attended, inaccessible and at times unproductive.

We agree that it’s time to think critically about these vital meetings. And we’ve developed a bold new vision for the AGM. One that supports investors and companies to act responsibly.

Here are five things to know about our vision for the future of the AGM:

#1 – Stakeholders – not just shareholders – should be given access to AGMs

There is immense value in inviting a range of stakeholder groups to AGMs.

Stakeholder groups can currently only attend if they buy shares, or are lent them.

But for companies to truly understand their impact, and for investors to hold them accountable, they need to hear from a wide range of people.

It is the workers of a company, their suppliers or those impacted by a company’s activities who tell the real story of a its impact beyond the bottom line.

No other forum exists for companies, stakeholders and investors to come together and engage in a dialogue.

We want the AGM of the Future to be the place for this.

We’ve noticed over the years that many of the AGMs we attend are far too quiet.

Where are our pension providers and the asset managers who own most of these companies?

Because they own so many shares, the AGM isn’t their only opportunity to engage with the board. They usually meet with them throughout the year.

The AGM is also one of the best opportunities for investors to challenge and question companies in a public way. By doing so they send a signal that a company needs to up its game. The more investors do this, the more pressure there is on companies to act.

#3 – Resolution voting should be split from the AGM event

Shareholders vote on a number of things at AGMs. And their votes are so important. It’s one of the best ways for them to hold companies to account and to act responsibly.

If a company is performing poorly on environmental or social issues, then investors can send them a signal by voting against directors, or for special resolutions. Like our one at HSBC.

But there’s a problem. At the moment investors can vote before the AGM itself – and most do. This means that any discussion or questions at the AGM don’t have a material impact on the votes.

How is the AGM supposed to help investors hold companies to account if they vote beforehand? It reduces the value of the discussion and the questions asked. They’re less powerful if investors don’t use them to inform their vote.

Therefore, we’re calling for the vote to take place after the AGM. This will make the AGM more meaningful, and support investors to better hold companies accountable.

At the moment you can only ask one question at an AGM. And sometimes, the company response can leave you with more questions than answers. It can all feel superficial.

We think there is a lot to be gained from supporting an ongoing and nuanced conversation between participants and boards. This will better support companies to meet the challenges they face, and give investors and other participants the confidence that they are on the same page.

We’re suggesting that a company should engage in a dialogue with its stakeholder groups throughout the year.  And that you should be able to submit and receive an answer to a question before the AGM, that you can then build on at the event.

This should see the AGM being the culmination of an ongoing conversation, rather than being one of the few opportunities to speak to a company.

#5 – You should be able to attend from your home

Most UK AGMs are held in London. Attending an AGM is not all that accessible for the majority of people.

We’ve all had to adapt to communicating online over this past year. Companies too.

So, there shouldn’t be a repeat of last year, where only a minority of companies allowed shareholders to attend their AGM virtually. Companies should allow virtual access to AGMs during the pandemic.

And once things are more back to normal, we’re calling for what’s known as a hybrid AGM. This would allow you to attend physically or online. It would increase access – by enabling any stakeholder to attend from any part of the world. But it also supports that vital part of AGM experience: meeting company boards in person, and being able to follow-up on your question.

Read our report “Fit-for-Purpose? – The Future of the AGM” here >>