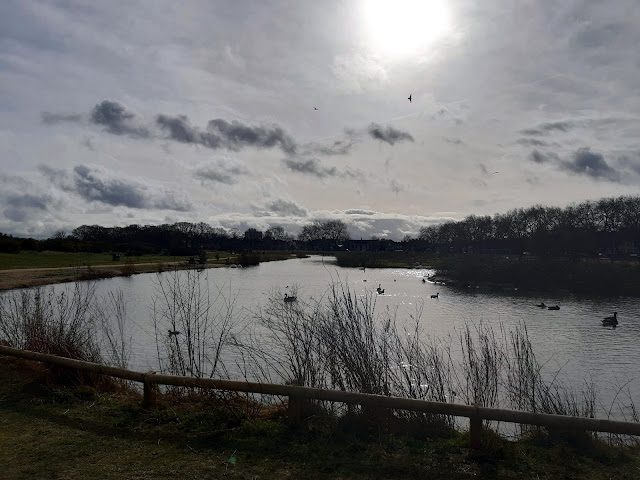 Off message but I think a lovely picture from a run (more truthfully a very slow jog) on Saturday morning around Wanstead flats and Jubilee Pond (managed as part of Epping Forest by the City of London).

When I first moved to Forest Gate, the pond was called the Model Yacht pond and occasionally I would see model boats on it. The pond itself was apparently originally dug out to improve drainage and give work to unemployed labourers in 1905/06.

It was "redeveloped" in time for the Queen's Jubilee in 2000 (and thus renamed). There has been a number of significant problems with water leakage since then which finally seem to be resolved and it is starting to look good.

If you want to check out other photos from Saturday go to Facebook here.
Posted by John Gray at Sunday, February 23, 2020