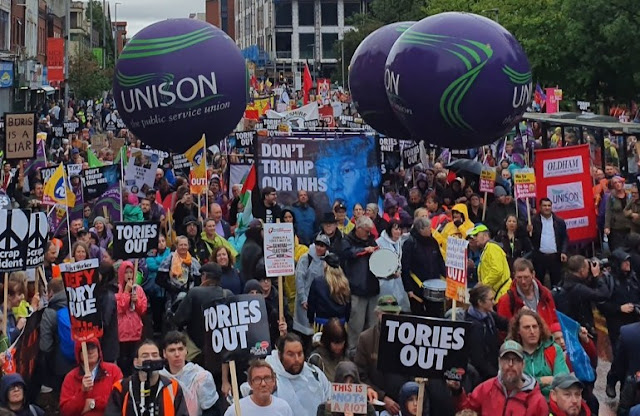 "As Labour members continue to take stock, in the wake of the General Election result, it is important to remember that in our Labour local authorities the party is still in power, and that Labour Councils now have an even greater responsibility to defend people’s living standards.

Even if the current Tory leadership’s claim to have departed with the worst excesses of austerity were true, our local councils still have the deal with the consequences of ten years of cuts to the tune of 60 per cent of spending power and more. Promises to put more money in are yet to be seen, and would barely scratch the surface in terms of what is actually needed. Services have been viscerally cut to the bone and we have an unprecedented housing crisis. So Labour leadership at a local level couldn’t be more important.

Even before the recent general election result, a number of leaderships in Labour councils have begun to develop and implement some interesting and radical policy responses, consistent with the needs of people who have suffered years of austerity. Community Wealth Building and a consciously interventionist approach to deal with climate change and develop a more inclusive local economic growth are among the key ideas which have emerged.

In London last week, Newham Mayor Rokhsana Fiaz launched the Borough’s own Community Wealth Building strategy alongside Shadow Chancellor John McDonnell. Indeed, the impetus for these new, progressive localised ideas has emerged in the context of Jeremy Corbyn’s radical policy shift, to reject austerity in favour of a new, green economic approach, focusing on investment to stimulate inclusive economic growth which benefits the many, not the few.

Labour in power in local authorities has a huge responsibility to act with a step change in radicalism, defending our communities and putting forward strategies which will put Labour values into practice.
Newham’s launch event also saw local representatives from businesses, trade unions, and the third sector and community campaigns. Central to Newham’s approach is to take measures which can address inequality and poverty, to use all of the levers available as a local authority to encourage better jobs and higher wages, acknowledging that low paid workers often work very locally and boosting their income boosts the local economy.

Addressing economic and social inequalities and responding to the Climate Emergency are key to the strategy, and it is of course even more crucial to get this right and make a difference in the context of a Tory majority in Westminster.

As Rokhsana Fiaz set out at the launch, Newham’s Community Wealth Building is not just an add-on, or a sub-section of policy, it is the lens through which all of the policies are approached and implemented. The ‘quiet revolution’ that had begun in local authorities across the country is about to get a whole lot louder.

Newham has borne the brunt of the austerity which has decimated of the public sector. It is about as far from the so-called ‘Metropolitan elite’ as one could imagine and some of the starkest inequality and severe deprivation sits in London. For example, in 2018 Newham had up to 36,000 people paid below minimum wage. And after astronomical housing costs, often in the private sector, are taken into account, a shocking 48 per cent of residents live in poverty, many juggling low paid, insecure jobs and vulnerable to employment rights abuses.

Compounding this, is a further need to respond to the public health situation where some of the worst air pollution in the country is literally poisoning people in our streets.

That is why it is so important to put forward an alternative at a local level as well as nationally. We cannot be divided by geography or by racism, as the Tories might want us to be, nor allow the grotesque pretence that they are the new found friends of deprived or ‘left behind’ communities. Whether we are in the north, the Midlands, or in London, we need to be united.

We have a duty to unite, to learn from each other and put forward alternatives. That is what Community Wealth Building is about. Put simply – Newham’s new community wealth building approach is about ensuring a greater share of the money made here stays in the local economy, rather than leaves it, and places a greater value on equality, sustainability and the environment.
Newham will encourage local and mutual ownership of businesses and jobs, rejecting the contention that the market will always provide the best solution.

Newham Council will be using its purchasing power and influence to keep wealth in the borough through leading on progressive procurement and by becoming a living wage employer, promoting workers’ rights and encouraging others to do the same. Alongside this, it is proposed to establish an Employment Rights Hub, to ensure the protections and rights everyone needs.

It intends to nurture the cooperative sector in the borough which is an integral part of a broader movement for economic democracy nationally.

These efforts could allow an economic fightback everywhere, and, as John McDonnell commented at the launch, can be an approach and potentially a model elsewhere.

We must defend the radicalism in Labour’s policies which have developed in recent years. Newham’s community wealthy building shows how Labour in local government can play its part in defending the policy agenda Labour needs to maintain, to resisting the new Tory majority in Westminster from the front line.

Daniel Blaney is a councillor in the London Borough of Newham.
Posted by John Gray at Wednesday, February 12, 2020

Not related to topic. Given a confirmed case of Coronavirus in London.

Is it time, the Council pushed London City Airport to suspend all flights. The key thing is to contain the virus so it does not spread, until a vaccine is found. Although, the airport may claim flights are local to Europe, however people could be flying long haul from Asia. For instance, someone could fly from Singapore to London, on KLM which stops off at Amsterdam to change planes. Some people make bad connecting flights, they fly into Heathrow and take the Tube and then change planes to go via London City Airport (or Gatwick).

The concerns is that some people carry the virus, but don't show symptoms.

Currently there is no vaccine. Time is needed.

The Excel Exhibition Centre should be looking at their events too. People are coming from everywhere, especially for international events.

For instance, Mobile World Congress (MWC 2020) should be applauded, as the event is not taking place this year. It was due on February 24 to February 27 in Barcelona, Spain, but the organisers decided to cancel, after various companies pulled out. They are concerned about the fears regarding the possible spread of the novel coronavirus.

Newham Council offices are on the DLR line. London City Airport is also on the DLR, although they are on a different fork. Both DLR lines meet at Canning Town for connection to Jubilee Line and connections to Stratford.

London has many airports. If an infected passenger came in via Luton airport, it would hit Kings Cross. Gatwick would be London Bridge / Blackfriars / Victoria stations. Standsted would be Liverpool street station (or Statford via National Express). Heathrow on the Picadilly line or Heathrow Express (Paddington)......


Westfield Statford and the stadium in Stratford should be looked at too. As well as concerts at the O2.....


In the Royal Docks, they have the Asian Business Park. I don't know when they will be opening.....

I think we should all follow the expert advice of the NHS and government health experts about what to do. None of above applies so far.

But then we will have a person whom is not an expert on Newham Council to act as our education chief...!! Right On. We will take the expert advice when it suits our agenda at Newham, but then we will appoint non experts to pontificate over our policies. Hahaha! You are so funny John!

Now you are just being silly again. It is commonplace in democracies to appoint non specialist politicians to positions. Very few Chancellors are economists, very few defence secretaries are former soldiers nor Health leads doctors or nurses etc.

Like with the Civil service, Councils employ professionals officers to run the service and advise on policy and strategic options.