Safe, Decent and Affordable Homes for All: UNISON’s vision for Housing 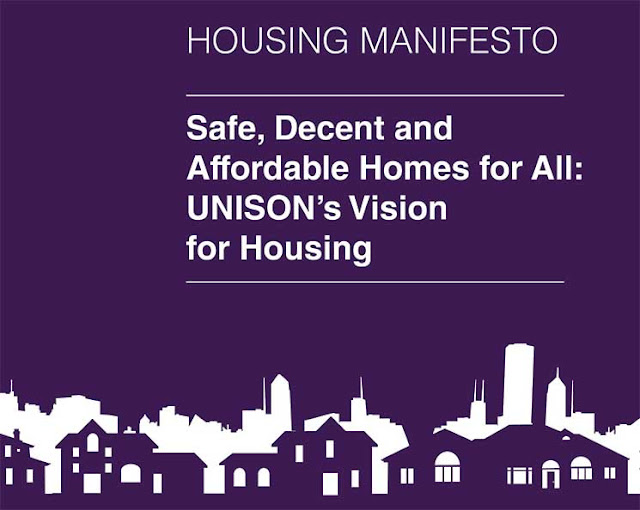 UNISON has launched a Housing manifesto. Over 1 million people are waiting on the housing list in England alone. While only 6500 social rented homes were built in 2017/18.

60% of the housing budget goes on supporting home ownership (and massive profits by house builders).

In Newham 48% of families live in poverty after their housing costs are taken into account.

UNISON is calling for: