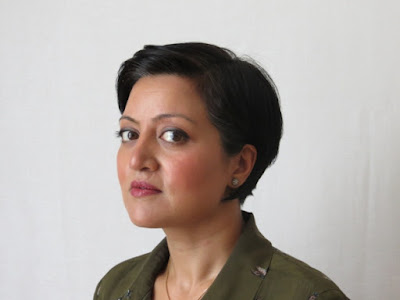 Newham Councillor Rokhsana Fiaz was selected last night by a Labour Party interview panel comprising West and East Ham CLP Executive Officers and London Labour Board members as the only candidate to take on long time incumbent, Robin Wales, to be our next  Newham Directly elected Mayor.

This is great news. Rokhsana will make a fantastic change and unity candidate.

After work I was out delivering #NewhamRokhs leaflets and door knocking members with supporters.

All the members I spoke to were delighted that Robin Wales was being challenged after seeking almost 3 decades in charge.  They want a new face, a collaborative approach and fresh ideas from a Labour Mayor of Newham.

"Cllr Rokhsana Fiaz has outlined her plans for Newham if she becomes mayor after being shortlisted
as a Labour candidate this morning.

She named housing as her priority, but also pledged for greater council transparency and opposition to the Silvertown tunnel scheme.

She is one of just two candidates in contention to be Labour’s mayoral hopeful, with the other being Sir Robin Wales.

“In Newham, we have some 20 to 24,000 families on our house waiting lists and huge numbers of homeless people, which will invariably increase once the homeless treaty comes into force,” Cllr Fiaz said.

“We have a situation where people are struggling to survive here because of the cost of living, with an average Newham income of around £25,000.

“The important issue will be the need to start building council owned homes, meaning genuinely affordable homes at social rent levels. My target will be 1,000 built by the end of my first term.”

Cllr Fiaz also promised to double the number of youth hubs in the borough from four to eight and pledged to oppose academisation.

She said: “I know that there’s an issue around the way we as a council involve the residents in our decision making.

“We need to become more open and transparent, and Newham residents need to be at the heart of what we do.

“I will be looking at introducing measures improving accountability of the council and of councillors to our residents.”

She pledged to oppose the Silvertown tunnel scheme, claiming it will contribute to congestion levels, and promised to commit the council to London’s transport strategy.

As a lifelong resident of Newham, she said her candidacy was supported by a vested interest in the borough.

“I’ve been pleased with Newham’s progress but I want more,” she said.

“This is the place that I call home, and I can see its potential.

“I’ve got a very distinctive and different idea of what I want our council to be. We’re a very insular and closed council and we seem almost scared to be engaging with our residents. Ultimately we have to become much more open.”

The vote to select Labour’s mayoral candidate will open to eligible party members on Thursday, March 1. The mayoral elections will be on May 3".
Posted by John Gray at Wednesday, February 21, 2018