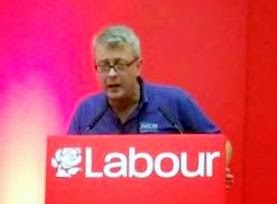 "I have been a pro-active Newham Councillor since 2010 and keen Labour activist and campaigner. If I am selected to serve as your Councillor for the next 4 years


As a Councillor I will continue to argue for:-


My main job is as a housing officer, I am also a school governor, Pension and Charity trustee and UNISON trade union activist (and member of its National Executive Committee).

(All Newham Council candidates have to submit a 200 word statement to selection meetings. Picture of me speaking as a UNISON delegate at London Labour Party Conference on a Social Housing motion)