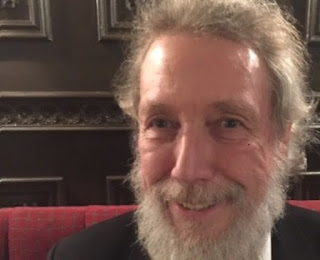 Newham Recorder "Cllr John Whitworth has announced he will no longer be challenging Sir Robin Wales to be Labour’s candidate for the mayoral elections and will instead be supporting Cllr Rokhsana Fiaz’s bid for selection.

The West Ham ward councillor had announced in November 2016 that he would be standing as a candidate if the trigger ballot vote resulted in an open selection.

The result of the 2016 trigger ballot was later scrapped after a legal challenge was mounted, and is currently being re-run.

On Monday, Cllr Rokhsana Fiaz declared her intention to challenge Sir Robin if members voted for an open selection.

That same day, Sir Robin called on members to vote in favour of an open selection.

The first five wards to cast their votes - West Ham, Custom House, Canning Town North, Plaistow South and Plaistow North - have all overwhelmingly voted in favour of an open selection.

Cllr Whitworth, whose own ward returned a 24 to 1 vote in favour of an open selection, declared his support for Custom House’s Cllr Fiaz.

Explaining his decision, he said: “I am doing this because I think she has the best chance of carrying out the changes I consider necessary in this borough.

“I believe Cllr Fiaz has the will to transform the governance of Newham to make it transparent, accountable, collegiate and - in a word - democratic.

“This includes consulting the people of the borough on the future of the office of directly-elected mayor.”

He added: “I also believe Cllr Fiaz has the ability to conduct a review of the council’s structures and resources, so they are used more effectively to meet the needs of the borough’s least fortunate residents while helping to make life better for all.

“I believe, furthermore, that a leader with her skills, qualities and socialist values will attract increased support for the Labour Party in the forthcoming local elections.”

The rest of the trigger ballot meetings will take place between now and Sunday, February 11.

After that, the party will have less than three months to choose its mayoral candidate and campaign to win the election, which is taking place on Thursday, May 3.
Posted by John Gray at Friday, February 02, 2018