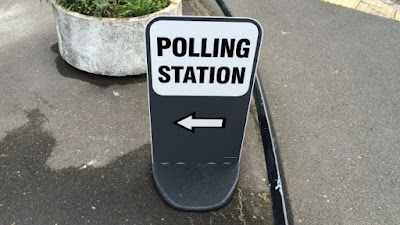 "Labour’s London region has announced that an open selection contest will be held between 1-16 March for party members in Newham to choose their candidate for borough mayor on 3 May.

This follows a re-run of the affirmative nomination process or “trigger ballot” originally held in autumn 2016. The re-run generated a resounding “no” to incumbent Sir Robin Wales going forward automatically to seek – and almost certainly secure – an unprecedented fifth term in the job on 3 May by a margin of 31-4. The original produced a narrow win for “yes”, by 20-17. What’s changed?

Rather a lot. As regular readers know, the re-run trigger ballot was held following a year long legal challenge by local members after Labour’s ruling National Executive Committee (NEC) declined a request to set up an investigation into how the original process was conducted. It was administered by Labour’s London region, unlike the original, which was a remarkably untidy bit of internal democracy run the party’s local campaign forum, whose procedures secretary was a Newham councillor on Sir Robin’s payroll.

The full results of the re-run have now emerged and make for intriguing reading. All 20 ward branch memberships voted “no”, whereas in the original trigger ballot only 11 had done so. Sir Robin owed his now cancelled victory in the original to 11 of the 17 votes cast by affiliated organisations or branches of them, mostly trade unions, going his way. However, this time only four of those affiliate votes were on the “yes” side while 11 went in the “no” column. Hence, 31-4 overall.

The huge swing to “no” should be understood in light of Sir Robin’s surprise decision two weeks ago to urge all his previous supporters, members and affiliates alike, to do precisely that. He appears to have concluded that doing so would help his chances best.

In theory, it might have looked possible at least until a while back to have won another “yes” endorsement, again by a narrow margin – possible, but maybe not probable. In practice, at least some Labour members and affiliates alike will have become conscious during the past year that the original trigger process had indeed been unsatisfactory, and that the way in which some of the affiliates had been involved and cast their votes was opaque, inconsistent and looked pretty dubious.

So even had Sir Robin scraped through a second trigger ballot, his triumph would have seemed tainted to many local members and others. And had he lost it after trying to win, the likelihood of his prevailing in the ensuing open selection contest would probably have been less than by getting to that stage using the course he has chosen instead, arguing that, after all that has transpired, it is only right and proper to put the decision in the hands of the members. The open selection system excludes affiliates and bestows one vote on each of them. Sir Robin has decided to take his chances with the rank-and-file.

We will know if that calculation pays off for him in just over a month. Councillor Rokhsana Fiaz has declared her intention to run against him and there are rumours that another councillor, an erstwhile ally of Sir Robin, is considering doing the same. These may prove baseless. Whatever, all hopefuls will have to be approved by a shortlisting panel next Tuesday.

That leaves the intriguing entrails of the affiliates’ votes in the trigger re-run to pore over. A group called Christians on the Left voted “yes” last time. This time they voted “no”, seemingly answering Sir Robin’s call. The West Ham Women’s Forum again voted “no”. Newham Fabians did not take part a second time. Their national parent body had found that their 2016 “yes” vote had been decided in breach of the organisation’s own rules.

And so to the mysteries of the unions.

Three that voted “yes” last time did not take part again. They include Bectu, because it has since disaffiliated from Labour nationally, and the Euston branch of the TSSA. There had been question marks over the 2016 votes of both these. The third was Usdaw, whose case underlines an ambiguity in Labour’s rulebook that played a big part in the legal ructions.

Usdaw had five branches affiliated in Newham in 2016, but cast only one vote. Similarly, Unison had six affiliated branches, yet only cast one vote. By contrast, other unions took the view that every affiliated branch was entitled to one vote each. Hence, Unite cast two votes, the CWU cast three and the GMB cast four. Unsurprisingly, those who’ve complained about the process wondered how that could be right.

Well, this time, while USDAW didn’t vote at all, four Unison branches took part, all voting “no”. The CWU cast two “yes” votes and one “no” the first time round. This time, it was “no” times three. Unite cast two no votes, as before. Only the GMB prevented a union “no” grand slam, its London region, which takes the decision, resolutely casting four “yes” votes again, despite Sir Robin’s entreaties to do otherwise.

Why that decision was made is now of academic interest only, but it is worth reflecting on what the re-run trigger ballot outcome might have been had it not been decided that only members and affiliates properly eligible for the original process could take part in it.

In the months after the original was completed, the number of GMB branches affiliated to Labour in Newham soared thanks to the energetic efforts of political officer Gary Doolan. It apparently now stands at 35. Had they been eligible for the trigger re-run, each of those affiliated branches could have had a vote cast on their behalf by the GMB London region in the way that it thought best. Assuming all 35 had been for “yes”, Sir Robin might by now have been automatically re-selected by 35 votes to 31, even though he’d said he didn’t want to be, and be on his way being Mayor of Newham for four more years thanks mainly to the efforts of a man who is a councillor in Islington. Labour’s rule book is in need of attention.

THANK YOU for visiting this website. OnLondon.co.uk has led the way in covering the Newham trigger ballot story. It needs your donations to keep it going, growing and continuing to provide fair and detailed journalism about a range of big issues facing the capital. Please support this Crowdfunder today.