Have LOBOs contributed to the “bankruptcy ” of Tory Council? 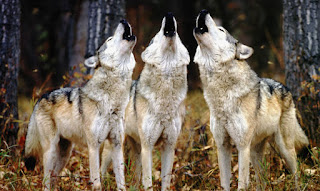 This is of relevance to Newham - it has a host of RBS LOBO loans including a 2010 RBS inverse
floater. We have £563 million exposure in Newham to LOBOs. Hat top Debt Resistance press release

Capping off a turbulent week for financial markets in which CAPITA shares collapsed by 50% into crisis territory, Northamptonshire Council Council (advised by CAPITA) issued a section 114 notice on Friday, meaning the council cannot set a balanced budget, has exhausted its cash reserves and no new spending decisions can be made until a full Council meeting is convened to solve the crisis.

Debt Resistance UK have been warning for several years that the toxic combination of austerity cuts, lack of scrutiny and independent oversight of council finances, conflicted financial advice from firms like CAPITA and ICAPand growing debt loading would soon lead to financial disaster in town halls.

Now, with the first Section 114 notice in almost two decades being registered at Northamptonshire - it is increasingly clear that local government finances, shredded by austerity are beginning to unravel.

Northamptonshire County Council borrowed £150 million in LOBO bank Loans, including a toxic 'inverse floater' LOBO from the bailed out Royal Bank of Scotland, signed in 2010 where the council are currently paying the astonishingly high interest rate of 7.22%. View source.

On Thursday, following the crisis at CAPITA, The Conservative Government was forced to concede it had contingency plans in place at Councils like Barnet, should CAPITA fail.

"It appears Northamptonshire County Council has fallen victim to a lethal cocktail of cuts, opaque and poorly run shared-services and outsourcing arrangements, and high interest, risky LOBO borrowing from banks including the bailed out Royal Bank of Scotland."

With Councils now joining struggling outsourcers on the rocks - taxpayers deserve to know what contingencies Government has in place for bankrupt councils?

The only benefactors from the financialisation of town halls are the conflicted advisors (in this case CAPITA) and the financial firms paying their wages. When services collapse and Councils fail to set budgets, we will quickly find it is the British taxpayer who assumes these costs, while the auditors KPMG yet again wash their hands of any responsibility for failure."

In a month in which Carillion has imploded, CAPITA is teetering on the brink and councils look set for join them, it is high time for Government and Treasury to reassure the local government sector that lender of last resort facilities via the Public Works Loan Board will be continued and the failed austerity cuts and the fetishisation of outsourcing will now be halted."

Find out more about LOBO loans and if your council has them on the Debt Resistance UK website.