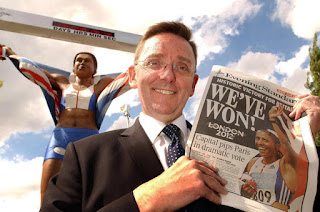 UK’s longest-serving mayor could be ousted


Britain’s longest-serving Labour Mayor is facing ‘deselection’ after local party members voted against him being automatically chosen as their candidate.
In fresh evidence of the new mood among Jeremy Corbyn’s grassroots, Sir Robin Wales will now have to take part in an open contest if he wants to continue his 23-year rule as leader of Newham Council in East London after the May 3 local elections.
Sir Robin is facing a strong challenge from local councillor Rokhsana Fiaz, who is backed by Momentum activists but also by others from all wings of the party who want a change at the helm of the borough that hosted the 2012 Olympics.
The directly elected Mayor is seeking an unprecedented fifth term in an area of London that is dominated by Labour, which has 59 out of the borough’s 60 councillors and where a lone independent councillor provides opposition.
- ADVERTISEMENT -
Sir Robin, a veteran centrist who once battled against Militant in the 1970s and 1980s, narrowly won a ‘trigger ballot’ in 2016, but the process had been rescinded after a legal challenge and claims of irregularities.
This weekend, all 20 local Labour wards in the two local parties in Newham voted unanimously for an open selection and on Tuesday the London Labour Party opened applications for the candidacy.

Twitter Ads info and privacy
With nearby Haringey Council leader Claire Kober quitting over objections to her public-private housing plans, the prospect of the removal of another senior Labour town hall chief underlines a big shift since Corbyn pledged more local democracy under his leadership.
An online ballot of Newham members will take place and the winner is expected to be unveiled within a month, sources told HuffPost UK. That will give the candidate just a few weeks to campaign before the May 3 election is held.
The one-member, one-vote election - which will allow Momentum locally to mobilise its members - could offer challenger Fiaz the chance to take the candidacy. 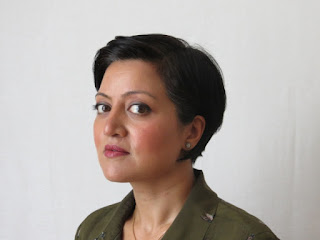 Fiaz, who was born and raised locally, tweeted that she hoped to now win the selection contest.

Rokhsana Fiaz OBE@rokhsanafiaz
Two weeks ago, I announced I would stand to become Labour candidate's for Mayor of Newham in an open selection. Today, Labour members have voted unanimously for choice. So now I'll be putting myself forward to offer a new vision of change & hope. It's time. https://twitter.com/londonlabour/status/963006223028285441 …

Twitter Ads info and privacy
She has swiftly won support from Momentum-backed members of the party’s Conference Arrangements Committee, who are among those who believe BAME and women candidates have been under-represented.

Twitter Ads info and privacy
Newham elected Labour’s first directly elected Mayor in 2002. But the party has faced criticism as its big ‘Metro Mayors’ – Sadiq Khan in London, Andy Burnham in Manchester and Steve Rotheram in Liverpool – have all been men.
Fiaz is also expected to make a key part of her manifesto a referendum on the very existence of the directly-elected mayor model devised by Tony Blair, with some local members believing it gives too much power to one individual.
In December, Wales attacked the legal challenge against the trigger ballot process, declaring “it is deeply regrettable that at this late stage in our preparation, and with local elections just a few months away, we have to appease a minority for the sake of their own gain”.
But he surprised his critics a fortnight ago by agreeing to an open selection.
Newham Momentum said he had “wasted time” by changing his mind at such a late stage. 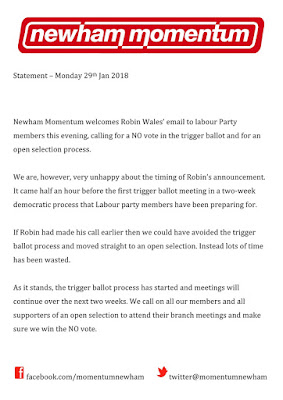 Newham has seen a huge increase in Labour party membership since Corbyn became leader, from just 900 to more than 3,000 today.
Wales points to his record as mayor, including freezing council tax for nine years, creating 35,000 jobs through Newham’s Workplace scheme and the Every Child initiative.
In his youth, he was reportedly one of the Scottish Labour Students who famously travelled in the ‘Ice Pick Express’, a coachload of moderates named after the weapon used to kill Leon Trotsky.
As detailed by journalist Michael Crick, the coach travelled to a student conference to ensure Militant students were outvoted in 1976.
A local Momentum source told HuffPost that Fiaz had impressed members with her backing for some of the movement’s ideas, while also retaining ‘broad’ soft left positions on other issues".