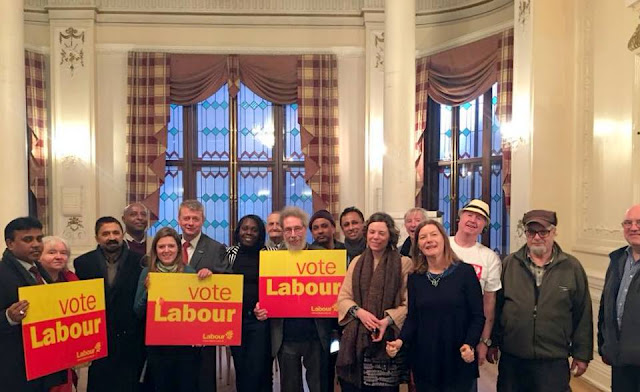 Since on Saturday I was affirmed by West Ham ward members as a Councillor candidate for May, I was not able to give my speech - so will blog it here instead :)


"My name is John Gray and I have lived in Newham for the last 30 years and have been honoured to be a Newham Councillor in West Ham ward since 2010.

· Even though I am seeking a 3rd term as your Councillor the reason why I am standing here today is that I want to be a change candidate in Newham for the next 4 years. While we have done many fine things as a council over the years, we desperately need fresh political leadership and a fresh approach.

· Not only at the top of the Council but also amongst backbench Councillors. The directly elected mayoral system gives such mayors huge powers and they must be held accountable by Councillors brave enough to stand up for their constituents, regardless of the consequences.

· For example, I have been a supporter of the London Living wage foundation since it was founded in 2001. It is completely unacceptable that we still have 17 years later, hundreds of workers employed as agency or in house contractors, providing Newham Council services on poverty pay. Doing often dirty, hard, manual labour for a measly £7.50 per hour, compared to the £10.20 per hour, the Living Wage Foundation thinks is the absolute minimum to live on in London. Not only do they have rubbish pay, but they are on insecure zero hour contracts, no pensions, no company sick pay. They are even forced to opt out of the working time regulations, so they can be even further exploited.

· We need proper financial checks and balances in place in Newham Council to stop the continuing financial governance problems such as the £530 million we have committed to 50-70 year toxic derivative LOBO loans and £60 million of Newham resident’s money wasted down the plug hole on the London Stadium.

· At the moment Newham Council officers are going up and down the country buying car parks, warehouses, shopping centres in order get money to try and offset government cuts in our grants to councils. I understand the need and lay blame with for the cuts where it lies – which is this thieving tory government but if we are going to borrow billions of £s, where are the checks and balance in place to make sure that this money is invested wisely?

· As a founder member of “Newham against Austerity” I want to support our Schools to remain in the Newham family of Schools and campaign against all education cuts.

· I want to bring back in-house the management of the many outsourced Council Services, stop the use of bailiffs by the Council against the poor and vulnerable and the Council to sign the Ethical Care Charter.

· We need to build decent homes at social rents not homes for private market rent.

· I work in social housing , a school governor, Pension and Charity trustee and UNISON trade union activist (and member of its National Executive Committee)

· I have been Lyn Brown MP Parliamentary agent for the last 3 General elections & Vice Chair campaigns of West Ham CLP.

· Please also support my Councillor colleague John Whitworth. We have worked together as a team to stop the 40% rent rises of housing association key workers and working with branch members, we persuaded the planning committee to tell the Ford Show room’s developers to get lost until they change their plans and provide far more social housing homes for rent. John and I have been leading the campaign in Newham to call Executive power to account and support Mayoral candidate, Rokhsana Fiaz, in her call for a referendum on the future of the directly elected mayoral system in Newham.

Thank you for your time and hope that I have earned your trust to be your candidate.
Posted by John Gray at Tuesday, February 27, 2018