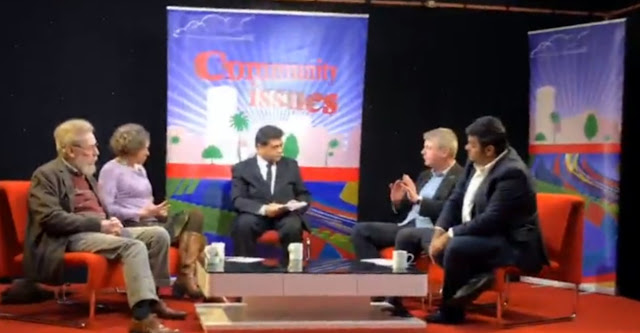 A fascinating evening spent talking Mayoral trigger ballots and Newham politics on Sky channel 827. I wish other community media were as interested in local politics as ATN Bangla.

The TV presenter was the always impressive, Doros Ullah, who I used to know when he was a Tower Hamlets Councillor and I was a local UNISON branch officer.

I will try and search for a youtube link.
Posted by John Gray at Tuesday, February 06, 2018