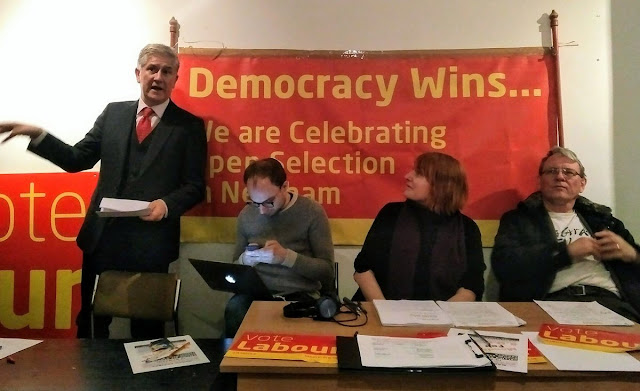 I was late for the West Ham Labour Party General Committee meeting but I really appreciated our guest speaker, Ian Henderson, who spoke on the Grenfell Fire and its aftermath.

Ian is a Labour Councillor Candidate in Kensington & Chelsea (K&C) local elections in May but is also a long serving TRA rep who is, let me say, not very complimentary about Housing Associations.

He is genuinely appalled about what happened at Grenfell and knows personally the blogger whose warnings about safety at that block were ignored and how that bloggers was so lucky to escape with this life that night thanks to dedicated public service firefighters who risked their lives to save him.

K&C Labour Group believe they can win control of the Council in May and are planning a radical housing policy to build homes at a social rent.

As the CLP Vice Chair Campaigns I promised Ian that West Ham Labour will be out to help him and his colleagues win in May as well.