Why George Osborne is a bloody communist 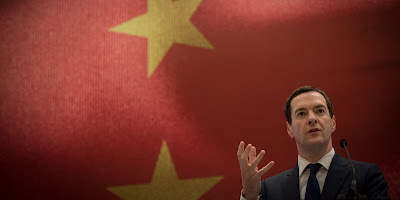 It is very ironic that the Chancellor, George Osborne, is described as a Conservative "ideologically committed to cutting the state".

Yet he has overseen almost unprecedented nationalisation and the expansion of "Big Government" since the Tory victory in May.

Let us examine the evidence that Osborne is in fact yet another rich, old Etonian, forgotten KGB "sleeper" agent.

So I think the evidence is clear and compelling. MI5 should put aside the old school ties and step in and do their duty.
Posted by John Gray at Thursday, November 19, 2015