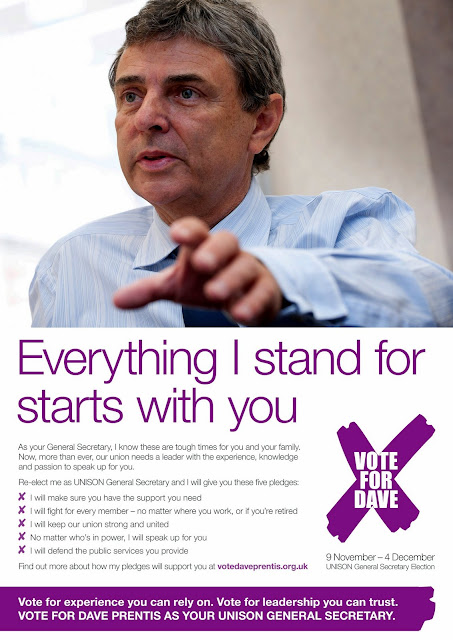 "The following have been confirmed as candidates in this election. Their names are listed below in the order they will appear on the ballot paper and in the election address booklet.

Members not on the UNISON central membership system on 9 August 2015 will not be eligible to vote in this election. Retired members are entitled to vote.

Ballot papers will be sent to members’ home or other notified address in writing.

(My underlying above - hat tip info here at UNISON)