How incredible that any trade unionist believes anything in "The Sun"? 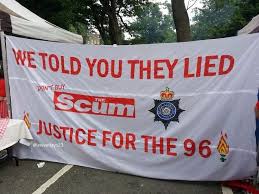 It is amazing that a small number of trade union activists have chosen to "believe" and publicise  a report from the "Sun on Sunday" that UNISON General Secretary, Dave Prentis, had given it an "exclusive interview" attacking the Labour Leader, Jeremy Corbyn.

This is of course a complete untruth. "The Sun" simply made up the "exclusive" tag and about Dave Prentis attacking Labour Leader, Jeremy Corbyn.

We all know that "The Sun" tells lies all the time and should not be trusted.

What had actually happened was that Dave Prentis had given an interview to the Press Association (PA) news agency, calling on Labour MPs at the eve of the Tory Government announcement of its comprehensive spending review (this Wednesday 25 November)  to stop squabbling amongst themselves and attack the Tories. He did not attack Jeremy.

To make matters worse "The Sun" lies have been deliberately repeated by supporters of other candidates standing against Dave Prentis to be the next General Secretary of UNISON.

At least two supporters has since had the grace to admit they were wrong and retract a comment. Others have not and are now deliberately repeating what they know to be lies and are supporting "The Sun" even though they now know the truth.
Posted by John Gray at Monday, November 23, 2015