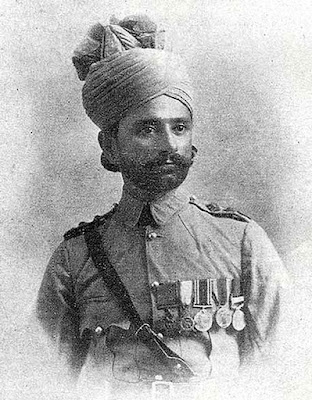 In the run up to Remembrance Sunday this is a good time to remember the heroism of Indian Army soldiers, such as Khudadad Khan who was awared the first Indian Victoria Cross in the First World War.

In 1914 Khudadad and his out numbered comrades held off a German attack until all the others were killed and he was wounded and left for dead.

Thanks to their bravery, reinforcements were able to arrive in time and hold off the Germans.

"Despite the severity of his injuries, the hero lived to a ripe old age, dying in Mandi Bahauddin, Pakistan, in 1971"

8 Indian nationals earned the Victoria Cross during the First World War. See here for details of Remembrance events in Newham this Sunday and Armistice Day.