We are all migrants 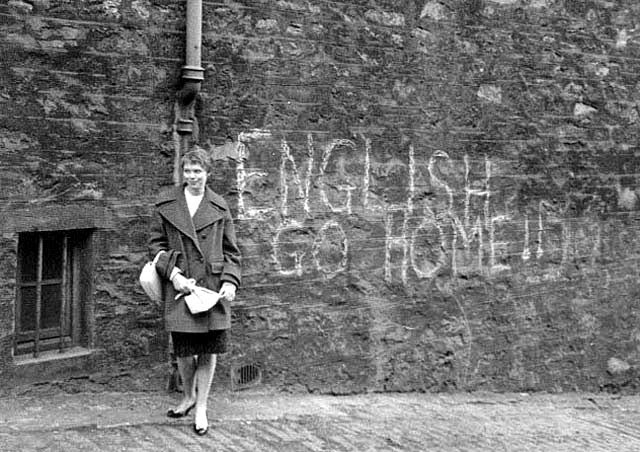 Yesterday the first official refugees from Syria arrived in the UK at Glasgow airport. Some random thoughts.

Firstly, I am reminded of this fascinating research about the generic make up of many Brits. The Romans, Vikings and Normans had apparently little influence on our DNA, it was the Anglo-Saxons invasion in 400-500 AD which substantially altered the generic make up. 30% of most English White DNA is German and 40% is French

Interesting that only the Welsh appear to have DNA similar to the original inhabitants of Britain after the last Ice Age. Of course, even they were "migrants" at some stage as well.

However, the "Celts" in  Scotland, Northern Ireland, Wales and Cornwall have surprisingly no central gene source and are genetically the most different in the UK.

I remember once encountering a blond blue eyed idiot who was spouting racist rubbish that "all these foreigners should go home" by saying that surely this means he will have to go back to the German Forests that his family came from?

In Italian the word "foreigner" means someone from the next city or village.

I used to work in Brick Lane in the East End of London which has a Muslim mosque that used to be a Jewish synagogue and before that was a Protestant French Huguenot Church.

I was forced to leave my family in Wales to seek work since at the time local male unemployment was 33%.

Nearly the whole of the UK was once totally uninhabited during the last Ice Age. This was only around 11,000 years ago.

I am proud that Newham Council is welcoming and supporting 10 Syrian Refugees families.