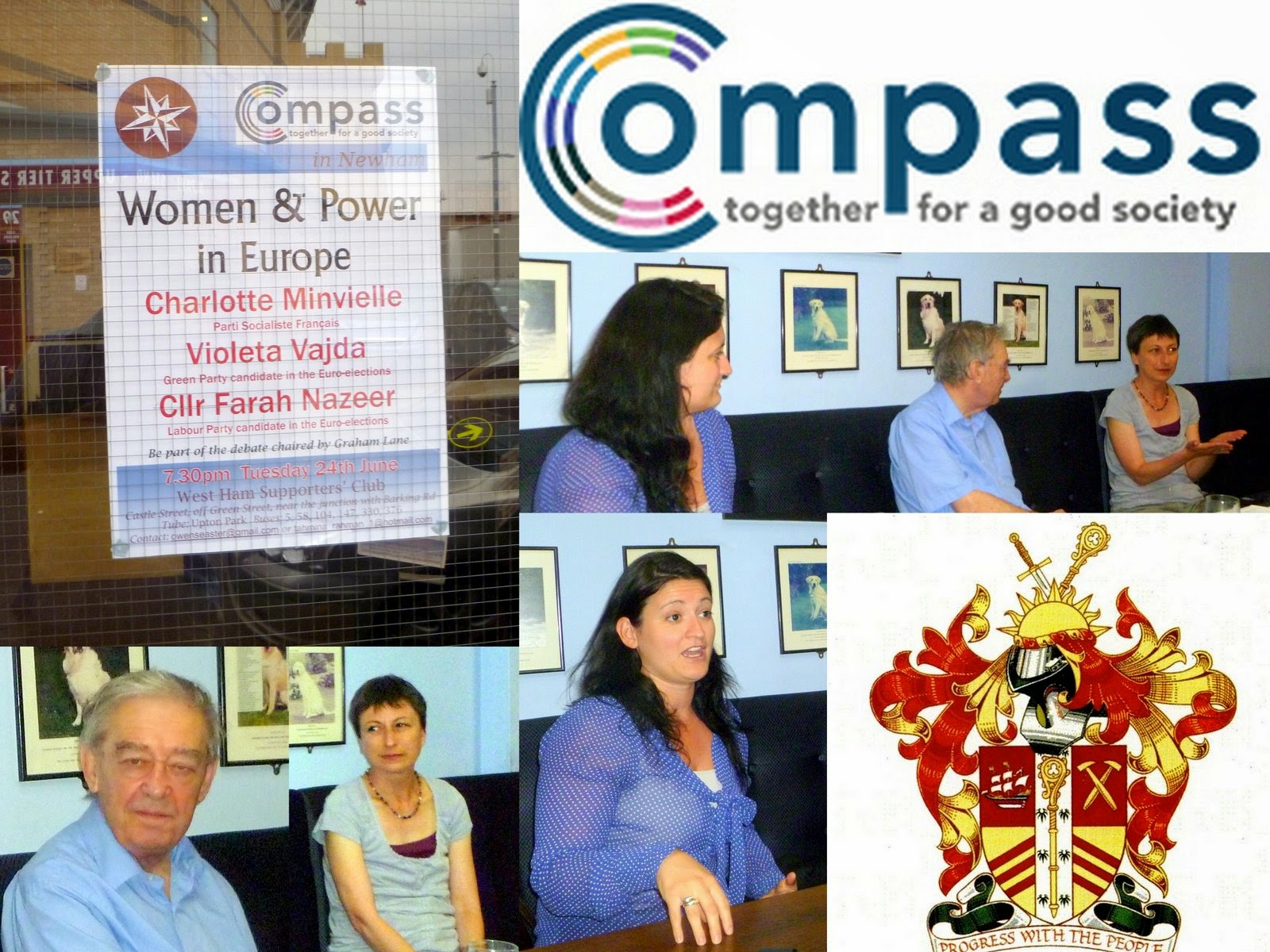 First speaker was Charlotte Minvielle (on left of panel) from the UK arm of the French "Parti Socialist".

The French constitution in 2012 allowed for 11 Members of its National Parliament to represent citizens who live outside France. Charlotte has lived in the UK for the past 8 years and helped elect Axelle Lemaire as Northern Europe (including UK) representative in 2012. In April this year Axelle is now the French Government Secretary of State for Digital Affairs.

As a young women, mother and now Minister, Axelle has received a lot media attention and questions.

Interestingly, Charlotte explained that in France, political parties face fines if they do not have parity of political representation for women. Companies face audits as well on pay gaps between men and women which can also result in fines. Some organisations prefer to pay the fines rather than change.

She noted that in the UK Ed Miliband now has 33% of Labour MP's who are women compared in only 3% in 1982.  But in the UK women have been far more affected by austerity than men by 3:1.

The second speaker was Violeta Vajda who was a candidate for the Green Party in the recent European Elections. Violeta has a Romanian and Hungarian, part Roma background. She thought it was good to speak to so many men at this meeting about "Women and Power" (there were 9 men present and only 4 women I am afraid).


Violeta thought that things had changed and every women she met during the recent Euro campaign regardless of Party was a feminist. However, she praises the men who stand behind women. Green MP Caroline Lucas who was arrested during a protest alongside her son. Parenting is a political activity. She is only here tonight because her mother is looking after her son.

In the Q&A I asked Charlotte for more details about the fines on political parties if they do not have gender parity. She said that it was a good principle but like in housing development in France, 20% of all new properties are supposed to be for social housing. Developers will only build 5% social housing and pay the fine.

I challenged Violeta about her comment that all the women candidates she meet were "feminists" since I have come across a number of women in politics who express a very dismissive "Margaret Thatcher" style attitude to feminism? Violeta responded by saying that some women will indeed "sell their soul" to win political office but privately they will admit that they are feminists.

This was yet another great Newham Compass event with intelligent and thoughtful speakers who have challenging ideas and views that we may not always agree with but want to listen to and then debate. Many, many thanks to Christopher for organising these events and for Graham for chairing.

A breath of fresh air.