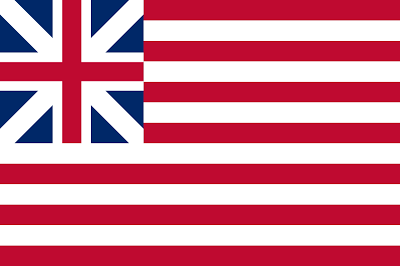 The 4th July is a special day on both sides of the pond. Today is celebrated as "Independence Day" in the USA.

The American War of Independence (1775-1783) was of course the only successful "British revolution" there has ever been. In the beginning at least the "rebels" thought of themselves as British, fighting for their traditional rights against a despotic monarchy.

To my right is the first version of the American flag. 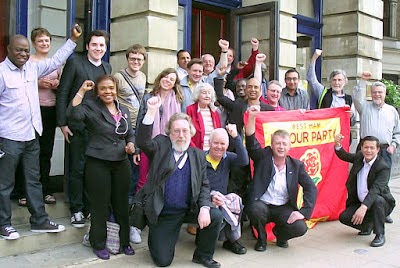 It was also on 4 July 1892 that the first independent Labour MP, Keir Hardie was elected for West Ham South.

Picture is from a tour of Stratford Town hall organised by West Ham Labour Party on July 4th 2012 to mark the occasion.