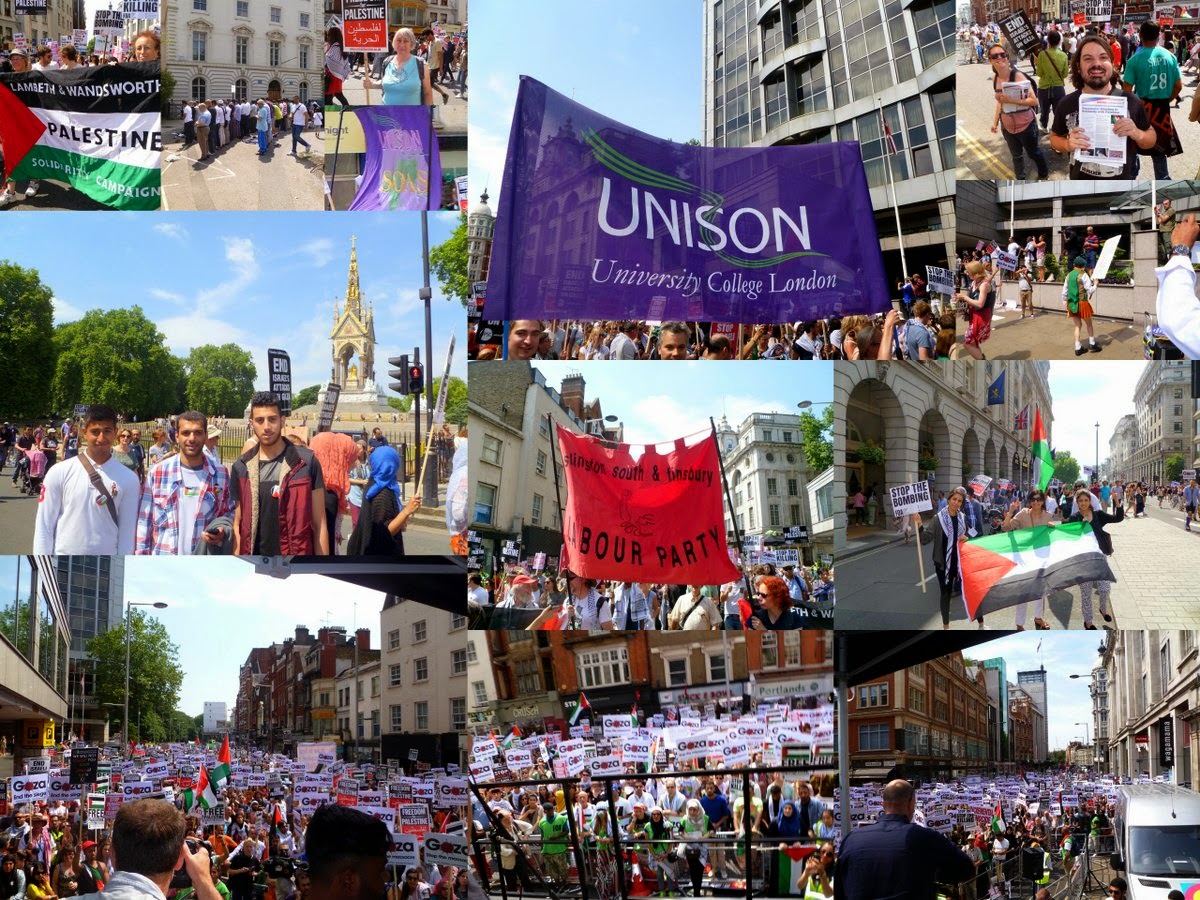 Today I spoke on behalf of UNISON at the protest outside the Israeli Embassy in London. I then joined the well supported march with West Ham Labour Party colleagues which went around Hyde Park, Whitehall and past Parliament.

This was my speech. "I bring solidarity and greetings on behalf of my trade union UNISON. My name is John Gray and I am the UNISON Vice Chair of the London International Committee and a National Executive member.

The rising death toll of innocent civilians cannot be justified. Israel has a responsibility to respond to the rocket attacks judiciously – it has not done so, and the latest bombing of the UN school is disgraceful and beyond comprehension.

UNISON has always supported the policy of a two-state solution. We recognise the right of Palestinians to establish a state in the West Bank and Gaza strip with its capital in Jerusalem. To have a viable Palestinian state Israel must comply with international law and withdraw to the 1967 borders.

Our links with Palestine have been established over many years. As a trade union we support workers in Palestine, in Israel and in the occupied territories to achieve their rights. We do this through delegations, projects and campaigns to support the rights of Palestinians and of Arabs within Israel who are often treated as 2nd class citizens.

We support the Workers’ Advice Centre WAC-MAAN who organise workers inside Israel. Their director, Assaf Adiv, and another WAC-MAAN activist Yoav Tamir were arrested this week on a picket line outside a garage, that was refusing to enter into negotiations with their workers. The fact that it was they who called the police because of thugs who were trying to break up the strike gives an indication of how victims are being portrayed as aggressors, and how basic rights are being violated.

We call on both sides to reach a cease fire. The only viable alternative to the current conflict in the region is a political arrangement: the principles of which are embedded in the long-existing UN resolutions.

The horror must end".

Update: I have been sent a link to a video of speech. Hat tip Simon Carr.
Posted by John Gray at Saturday, July 26, 2014