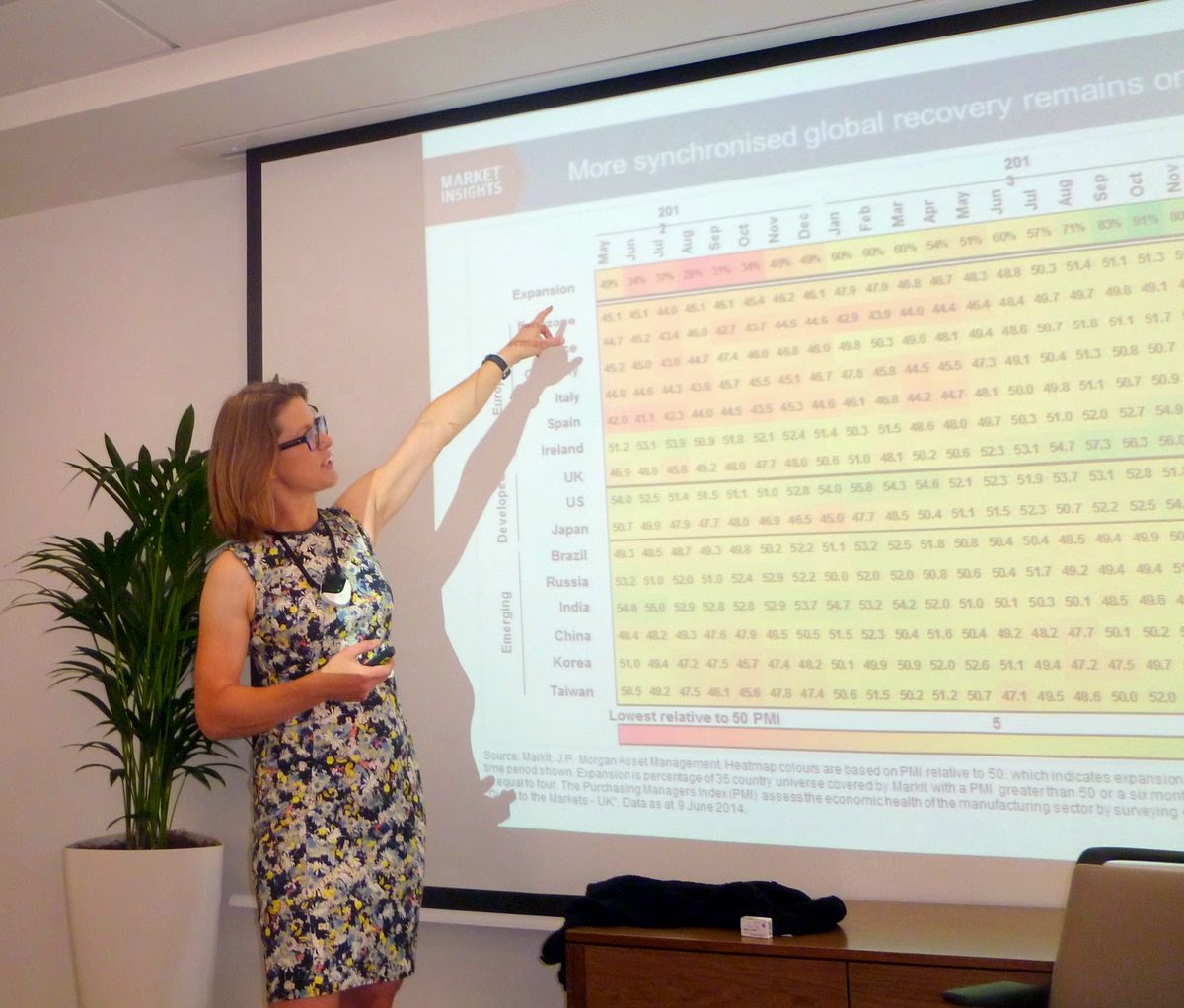 I was only able to attend the first two sessions at this year's AMNT Summer conference before having to dash off to a represent a union member in a meeting out of London.

Our first speaker was Stephanie Flanders, who is now the Chief Market Strategist for JP Morgan but much better known as being the former BBC Economics Editor.

She has been told that she has 20 minutes to speak and is reminded of the advice that G.B. Shaw gave to an orator who claimed that he couldn't possibly say all he knew in 20 minutes. Which was "talk very slowly".

Stephanie pointed out that we have had a terribly long period of recession. UK growth is now ok and near its long term trend but we need to do recover faster to make up for the past 5 years. Risk asserts have struggled to find momentum. While it pays to be a risk taker it may not pay as well as did in the past.

Money is cheap still by historic standards, there will be less austerity in the next 3 years than the last 3 years. National Debt is levelling out. The unemployment rate has crashed in the UK and even Spain has managed to increase employment . Deflation is falling prices not reduced inflation, which is something she had to constantly explain to John Humphrys on the Radio 4 Today Programme. WDIAM use to be her favourite 6pm BBC News spot - "What does it all mean?".

Long term growth and recovery is now so slow that the recent recession could be more damaging to the economy than the First world war or even the Second world war.

We are overdue a correction on equity markets but loose money will not cause a crash. Diversification matters.

My question to her was that the USA and EU recovery may be more genuine and sustainable than the UK due to our over heated house prices and soaring household debt. Stephanie agreed that there was a fear of a bubble in UK housing market but more confident about UK growth which is now far more balanced.
Posted by John Gray at Monday, July 21, 2014