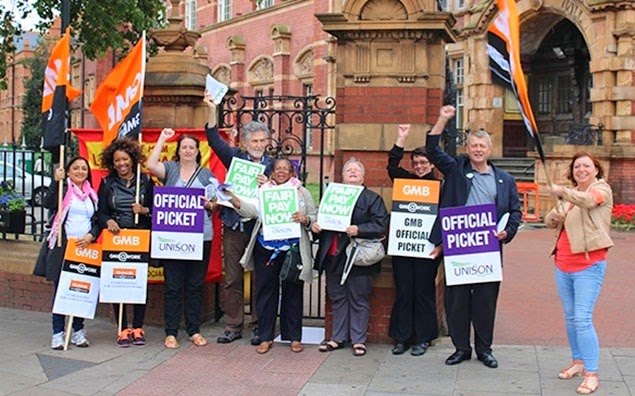 This picture is from the picket line outside Newham Town Hall in East London this morning.

I was there early with other members of West Ham Labour Party to show solidarity with UNISON, GMB & Unite strikers calling for "Fair Pay".

Later that day there was a very successful march through central London followed by a rally in Trafalgar Square.

This strike was about justice and fairness for predominantly female, low paid, Council workers providing vital public services. Their pay has been reduced in real terms by a 20% (5th) since 2010. Enough is enough is enough. Check out my opinion piece here.
Posted by John Gray at Thursday, July 10, 2014