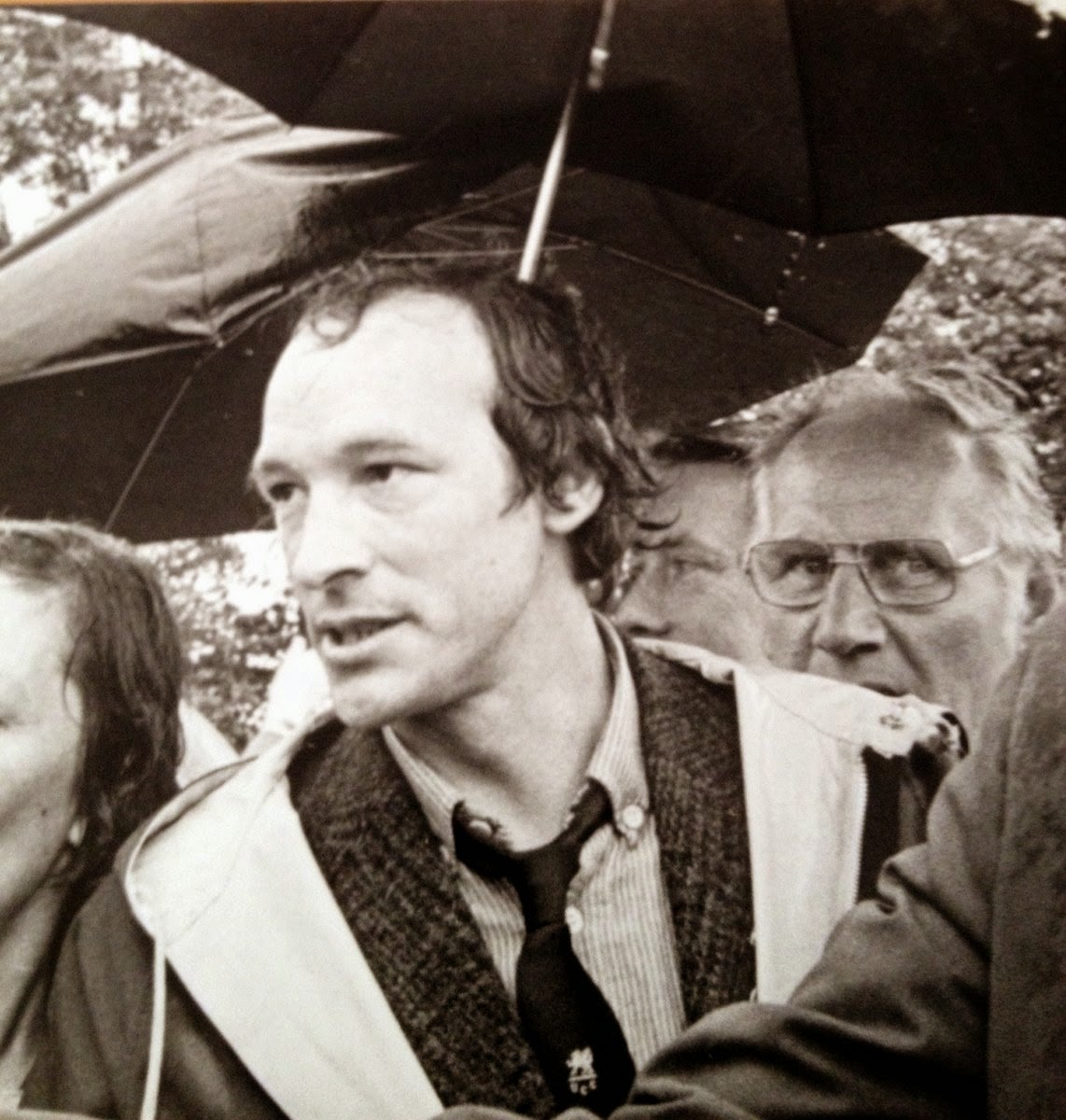 On Saturday I went to the celebration of the life of London UNISON regional officer and my good comrade, Stuart Barber, who sadly died unexpectedly of a heart attack earlier this year aged 64.

The celebration was held in Conway Hall in Red Lion Square, Holborn. London UNISON regional secretary, Linda Perks, spoke first about this being a celebration of Stuart's life as well as remembering him. His death was a shock to work colleagues, UNISON members and his family.

Stuart was born in Scotland in 1949. He started his involvement in our Labour movement family as a steward in the steel works in Corby. He was a leading activist in the fight to try and stop its  closure.

His union recognised his talents as an organiser and sent him to the famous Ruskin College in Oxford.  Afterwards he become an official for the National Union for Public Employees (NUPE) which was a predecessor union of UNISON. Firstly in Wales then in London. He had 35 years of service to our union.

Linda remembered his commitment and dedication to the union and colleagues. He was brave and loyal, who put members first. If he came across an injustice, he would turn every stone to overcome it. He was not however a self appointed crusader for the working class but also caring and kind.

Linda and many others had never met his daughter but felt they knew all about her since he was so proud and would tell us all about her.

London Ambulance Service (LAS) branch secretary and Vice President of UNISON, Eric Roberts spoke next. He first came across Stuart during the LAS pay strike of 1989. He was their new regional official with this gritty, hard, Scottish accent who was full of energy. This was a bitter dispute with ambulance workers locked out and troops sent in to try and break the strike.

It was a battle but Stuart was in his element. He should have been a spy or a secret agent since one of his talents was to obtain very confidential information from management in order to help win the dispute

Next was Jeremy from Wandsworth branch, who remembers Stuart ringing him up days before he died (while officially off sick after his first heart attack) but still working hard from home worrying about his members.

Stuart's partner Clare spoke about his "cloak and dagger" activities when he was in Cardiff, also getting confidential information to aid the union. She told us that there will be candles lit and Red Flags flying in honour of Stuart today in Wales as well.

Debbie was next. A young UNISON organiser and colleague, who told us straight from her heart, that not only was Stuart's knowledge and skills second to none, he was a friend and mentor, without whom she would not be here today. She missed the chats and moans during their "catch ups" in Cafe Nero. No question was ever stupid to him. He will be sadly missed but left very fond memories.

Mike use to be the branch treasurer for Richmond Local Government. He had known Stuart for many years and had similar experiences as others. Stuart was not a normal Regional officer. He was the "Scottish tornado". A 7 days per week man. He remembers a Council Assistant Director who whenever he saw Stuart in the Town Hall would immediately turn in the opposite direction and try to sneak away. When they made Stuart - they broke the mould.

London UNISON Health Manager, Chris Remington, read out to us an address by our former General Secretary, Rodney Bickerstaffe, who had to be at the Miners Gala that day. Rodney had great memories of Stuart. He was quick witted and full of banter. Mischievous, cheeky and very funny. A true tribune of working people. A comrade in arms.

Stuart's brother in law Andy spoke about a hugely principled and courageous trade unionist. A marvellous father. Stuart would have been a wonderful investigative journalist. He remembers Stuart leaking information about clandestine British Government activates in Ireland during the Troubles which made front page news in the Irish Press.

Linda finished by reminding us that Stuart had died too young but we must remember how rich a life he had and how he contributed to the welfare and benefit of colleagues and our members. He lives on in the life of our union and our members. "We will always remember you and always love you".

High above the floor in the main auditorium in at Conway Hall there is their motto "to thine own self be true". At the time I smiled and thought... that is Stuart...to a tee.

(Great picture of Stuart in his younger days fighting some fight on behalf of his union)
Posted by John Gray at Thursday, July 17, 2014

We seem to be losing a lot of the core of the labour movement this year and last, a number have died of heart conditions I would not be surprised due to the high level of stress. Maybe the Unions can look at all official having medical tests to see what the stress are doing to people hearts. The loss of Bob Crow as well to a heart attack.

RIP to all those who passed away in the fight for working class people...

I think Treborc that the unions on the whole look after their staff pretty well. But I think stress is a problem, especially for dedicated and driven officials like Stuart.