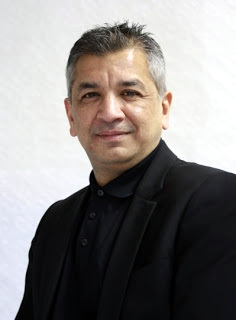 Newham Councillor & GMB activist Unmesh Desai is standing for re-election on Saturday to the NE and East CLP seat on London Regional Board.

Unmesh is a hard working Party activist and campaigner.

The election will take place at the Biannual Labour Party conference on Saturday. This is his election statement.

"I am currently the male representative on the Regional Board in the constituencies' section representing East and North East London and am standing again, the election being held at the London Regional Conference at Stratford Town Hall on Saturday 16th February, having been nominated by my CLP East Ham as well as West Ham, Barking, Dagenham, Hackney South and Hackney North CLPs.

Over the last two years  apart from being an active participant at Board meetings and proceedings I have supported, both as a Board member and a GLA List candidate campaign and fundraising events in as many constituencies as possible. If reelected and given that the next Board term will coincide with the run-in to the European, municipal and General Elections I intend to prioritise such activities even more. Also with others to make the Board a focus of coordinated London-wide Labour campaigns working with London trade unions, affiliates and community groups.

I am an active GMB member, Chair of Newham Fabians and Coop member, Vice Chair of East Ham CLP( Campaigns) and Cabinet member for Crime and Anti-Social Behaviour and would be grateful for your support on the above basis".
Posted by John Gray at Wednesday, February 13, 2013