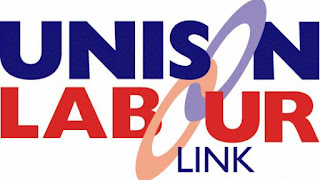 "We are all seeking election to represent the views of APF payers in the London Region at the National Labour Link Forum.

We support the link we have with the Labour Party, Labour in Government has delivered real improvements for our members, but, now we are in opposition we need to make sure that we influence the internal review and national rethink of policies that the Party is carrying out.

To defeat this ConDem Tory Government in 2015 (or preferably long beforehand) we need to appeal to our core Labour vote. We therefore need to champion trade union issues and move our members concerns up the Party political agenda, using our influence to promote a manifesto that includes:

You want delegates who will be listened to and not be afraid to argue for change within the Labour Party but who also realise that the only alternative to making the Party electable is another dose of Clegg and Cameron.

It is vital that we ensure that Labour Link becomes more visible within the union. We need to encourage APF members to join local Labour Constituency Parties and be elected to positions of responsibility in order to further the progressive agenda.

Next year in London the Labour Party will fighting local Council and European elections. We must unite around the Party and work to bring down this ConDem Government".