Welfare reform: Its a £500 per week cap: its not a minimum 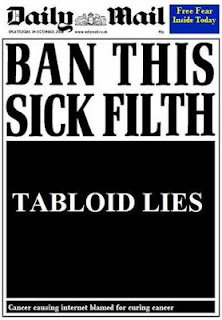 Last week I was having a conversation with a (Non Unison) trade union colleague about welfare reform and its impact on our members who work in Housing organisations and the backlash they will face.

She agreed about the backlash but said it was about time that the Government cracked down on benefits since people got too much money.

I disagreed and said that Job Seeker's allowance is only £71 per week, so how can she say this is too much money? She replied by saying that "£71 per week? They get far more. No one can live on that". I said no, it is only £71.

She came back by saying she had a "friend" who hasn't worked in years yet she has paid off her mortgage while on benefits and goes on foreign holidays.

I said you only get some of your interest paid not capital repayment if you have a mortgage and are on benefits. It sounds like your "friend" is fiddling somehow, not that benefit levels are too high. Which is a totally different and criminal matter.

Later that day I went to a trade union shop meeting and when again I brought up welfare reform, I had one member say that he only earns £22,000 per year and it is wrong that families who don't work get £26,000. A number of people agreed with him. I had to explain that only a tiny, tiny number of families get anywhere near that amount of money and only if they have a large family and have to rent in an expensive part of London. I explained that most benefit claimants are on £71 per week income. Again, this figure of £71 per week was disputed since surely "they must get more" and "no one could live on that amount".

I think that this (totally unrepresentative) sample shows the job of work we all have on welfare reform. Such is the power of the propaganda by the right wing tabloid press such as the Daily Mail and The Sun, that many ordinary working people are believing the fibs about "striver's and shirker's".

Too often in the Labour movement we live in our own bubble and imagine that everything thinks the same as we do on key issues. We need to step outside our own self congratulatory comfort zone, speak to real members and challenge tabloid Tory lies.

housing benefit caps will decimate public housing workers. Its a double cut as all of the excess over 500 comes off houxsing benefit. This will mean that housing servoces have to cut back due to the large cut in benefit revenue.
Your branch will be hit and so should be at the forefront.

very true anon. Some small HA's think they may go to the wall over this.