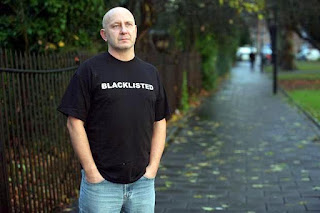 This is the speech I made last night at Newham Council meeting seconding the motion here item 17 proposed by Councillor Unmesh Desai.

"A few weeks ago, like many of you here, I went to the funeral of former trade union activist and Labour Councillor, Vic Turner.

At the funeral I bumped into my TUC health and safety tutor, a former construction worker called Dave Smith. Dave taught me about 10-15 years ago in North East London College. He was a great tutor who also spoke of his past life as an engineer and carpenter on building sites.

When I asked him why he stopped working on sites, he told me that he had no choice. He just stopped getting any work on building sites even as a sub-contractor. He retrained as a carpenter but still could not find any long term work. He suspected that it was to do with his trade union activities and work as a safety rep for UCATT, the construction trade union, but he could not prove anything. His income went down from £36k per year to £12k per year. In 10 years he estimated he lost £175k in wages.

As Dave put it recently in the Guardian. He was a qualified engineer during the longest ever building boom in this country yet his children relied on milk tokens.Dave had a family to support so he had no choice but to retrain as a part time teacher to try and earn a living for them.

In 2009 the Information Commissioners Office finally raided the HQ of a company called "The Consulting Association" and amongst thousands of others, they found a 36 page secret report on Dave, including his national insurance number, photographs, his car and even the place where his brother worked, as well as crude smears. Much of the information was held in card indexes with information clipped from newspapers and passed to employers who would check against potential recruits.

Dave and many others on the list are taking their case to the High court for compensation and Justice.

So far Consulting Association has been fined a miserly £5k for helping to destroy so many people’s lives, while the companies and senior executives who supplied and used this unlawful information have not suffered at all. They admit to wrong doing but refuse to pay any compensation.

Council, we don’t want McCarthyism in this Country. How would any of us here tonight, or our  partners or children, like to face a lifetime of unemployment, because they asked their employer for a health and safety risk assessment or protective clothing?

Like many members I have relatives who work in construction and even in North Sea rigs. This is dangerous work and we want stroppy union reps challenging employers and doing their best to make things safe.

The criminal and civil law has proved to be totally unable so far to protect workers from such victimisation. The only things that these big publicly listed construction companies understand is their pockets. We need to make it crystal clear that not only is blacklisting wrong but to use our influence in the construction sector and make it clear we don’t want those who don’t apologise and don’t pay compensation in our Borough.

If they pay so little heed to the health and safety of their own workers then it is clear that they don’t give a monkey about the safety of our residents who live next to sites either.

I will also be asking Legal services to confirm that the Council Pension fund can contact our fund managers to make sure that if we hold any money in these rogue companies that they are taken to task.

Council, please support this motion and send a message that Blacklisting will not be tolerated in any form or in any industry".

The motion was passed unanimously. Today Dave is in Court again asking for justice. After the debate a Councillor told me that on the London Cross Rail project a contractor which was known to have a good record on health & safety and high Union membership has lost its contract. It seems Blacklisting is still going on. Can other Councils and CLPs consider this motion item 17 as well.
Posted by John Gray at Tuesday, February 26, 2013