The Queen and I: By a Loyal Republican 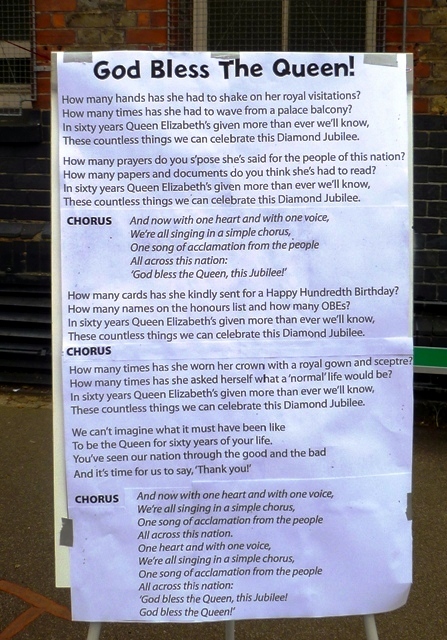 This is a post from 2012. I don't think that my views have changed but my respect for the Queen as a public servant and our Head of State still remains.
Happy Platinum Jubilee Ma'am.
"I don’t think that I have posted before about the Monarchy? Which is rather odd since this is supposed to be a political blog yet in 5 years I have never mentioned our Head of State. Today I will not be lining the banks of the River Thames or watch the procession on telly unlike millions of my compatriots.

I am a republican and do not believe that it is right that the head of state should be an unelected heredity monarchy. I do not believe that it is right or proper that our MP’s, our judges, our senior civil servants, our military and police should swear an oath of loyalty not to upholding democracy and the rule of law in our country. Instead it is to Queen and her heirs. This is completely and utterly inequitable, illogical and even frankly absurd whatever way you look at it.

Yet, my views are very much in a minority. According to a recent poll 80% of the population support the monarchy with only 13% calling for a republic.

I think it is important to remember that my opposition is political it is not personal. It has nothing to with the Queen or her family. In fact as someone who believes in a public service ethos there is very few people I can think of who can demonstrate 60 years of such duty.

An elected President would not be without its problems. To me the words “President Thatcher” would have been hard to stomach. Getting rid of the monarchy would probably do little or nothing either to tackle the gross income inequality in our society. The Constitutional monarchies of Japan and Sweden are the most equal societies in the world, while the most unequal, is of course the Republic of the United States of America.

Constitutionally I suppose since all the major political parties are unquestionably monarchist and a clear majority of MP’s have always supported the status quo then ironically the Queen is our democratically arrived at Head of State. So why I don’t agree with the process I do as a citizen (not a subject) respect my Head of State.

Last week I attended a Jubilee Party at one of the primary schools in my ward. There was a mass of union jacks, patriotic bunting and pictures of the Queen. Hundreds of very excited children, many dressed as princesses and princes, looked upon by doting parents and grandparents. Before tackling the biggest piles of cakes that I have ever, ever seen, the children all sang word perfectly the song “God Bless the Queen” (see words on picture) while waving flags (and the occasional plastic swords). The scene reminds me of similar photographs from past Royal Jubilee’s and Coronation Parties. I don’t think anyone present will ever forget this celebration nor the processions and parades to follow this weekend.

And no matter what I may think or wish I very much doubt this Royal celebration will be the last.