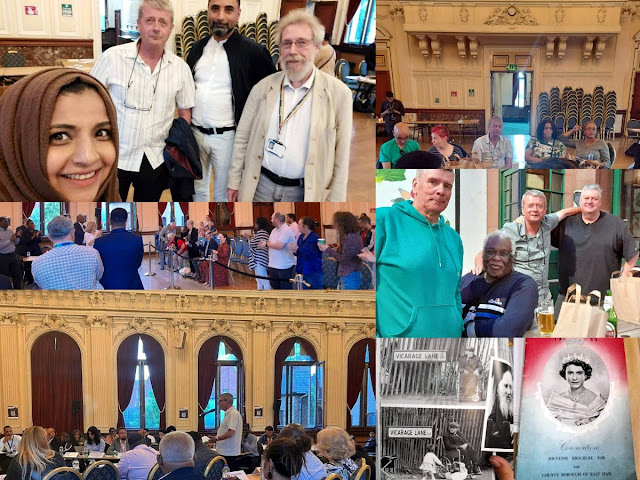 A really busy but interesting week. It was my first day back at work after almost 2 weeks holiday (Malta then UNISON conference in Brighton) so lots of tenancy and trade union issues to try and sort out (not helped by major IT/server problems).

Monday evening was the full council meeting at the Old Town Hall in Stratford.  I spoke in favour of the Climate emergency update and gave what I thought was a gentile dig at the two new Green Councillors for opposing it. While their job is to be the opposition to the majority group at Newham Council, they should not in my view just oppose everything for the sake of opposition. I was pleased that they abstained at the actual vote and did not "oppose" the update.

I was also really pleased that former long serving Councillor, Pat Holland, was awarded as an "Alder Person" for the Borough in recognition of her work for residents.

Tuesday evening was another meeting at the Old Town Hall. This time the local Housing Forum, which was really positive. It was great that senior Housing managers met up with residents, face to face, to listen and respond to their concerns (similar to speed dating!).

Thursday evening we had a virtual induction for my new role as a member of Education, Children & Young People Scrutiny.  Which I am really looking forward to being a member of this so important committee.

Friday evening I met up with former housing colleagues from Tower Hamlets UNISON for a birthday beer and curry.

Saturday morning I covered the Councillor surgery for my colleague Cllr Whitworth at Stratford Library, who is away on leave. I had what I thought was a constructive meeting with local residents about very serious and multiple ASB issues. But also was able to look at the various historical pamphlets and documents in the library (see picture of Queen in 1953 and Vicarage Lane E15 in 1960's)

Sunday, I had a lovely recovery walk in Chilterns which I will post upon separately.