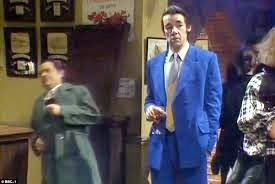 I was really pleased to receive this email this evening even if I think that some of the information is unfortunately inaccurate, it is a welcome start to uniting the Party, doing the right thing and will indeed hopefully help deliver a successful campaign in Newham for the May 2018 local elections.

As you may be aware, an affirmative ballot to determine the re-selection of the sitting directly-elected Mayor Newham was held in December 2016. This ballot, which was administered by the Local Campaign Forum (LCF), confirmed that Sir Robin Wales was selected as Labour’s candidate to fight the Mayoral election in May 2018.

Following the completion of this process, the party received complaints from a group of members with concerns over the eligibility status of some affiliated organisations who took part in the process. The complainants made it clear to the party that they intended to seek legal judgement on these matters in the courts.

The Labour Party maintains that all rules and procedures were applied correctly and that officers of the LCF acted in good faith with the information they were provided with.

However, a court case to determine that matter would be costly to the party and be a massive distraction away from campaigning to elect a Labour Mayor for Newham. Therefore, we have agreed to re-run the affirmative nomination process for Newham to determine if Sir Robin Wales is re-selected as Labour’s candidate for the election. The process will be administered by the Greater London Labour Party.

The ballot will be run with the same freeze date as the original process, 25th October 2016. This means that only members with six months membership at this point will be eligible to take part in any branch meetings where the affirmative vote will take place. If you are an eligible member then the party will be in touch with you to give you notice of this meeting.

We aim to complete this process as soon as possible to ensure everyone in the party can come together to play their part in delivering a successful campaign in Newham.