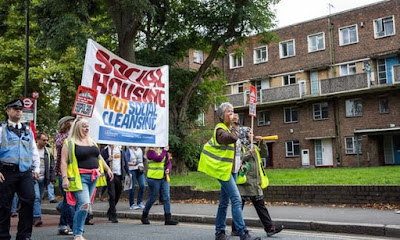 This is my latest written report (previous one 7 December 2017).

13 December. I met again with other concerned backbench Councillors senior officers at Newham Dockside to discuss and examine reports on the way that the Council buys and manages commercial properties for investment purposes. The meeting was constructive and informative but I still have huge concerns about the governance arrangements and oversight. Newham is borrowing hundreds of millions of pounds to invest in property. We are still being refused sight of the Newham Council reports on the London Stadium disaster and the reasons for the £50-60 million pound losses. This is an executive decision not to release and not by officers.

Newham Council Investment & Accounts meeting
14 December. At this meeting while discussing the minutes of the previous joint Audit meeting the Director of Finance confirmed that the £40 million original loan to the London stadium is not being “written off” but swapped in some “debt for equity” exchange? Since the loan was recently declared in our annual accounts as “impaired” (currently worthless) I do not know what on earth that means? Nor what happens to the lost £4.4 million interest charge, the £5 million loan for investments in the Olympic South Park and the £12 million of "working capital”.

I was very shocked to hear that some Newham Schools are allowing private contractors to not enrol new starters into the Local Government Pension Scheme. This will penalise already low paid female school staff and is of course a disgrace and these schools should be named and shamed.

At the meeting there were members of the Newham Carbon Divestment campaign. I suggested that they should be allowed to make a presentation at the Newham Pension AGM.

Newham Cabinet Meeting. Could we become Haringey Development Vehicle (HDV) Two?
21 December I attended Cabinet as an observer and spoke to the Mayor about privatisation of Council services and also a proposal to set up some special vehicle to run all Newham’s property assets (we are talking potentially billions of pounds). I am astonished that this is even being considered before we learn the lessons on what went wrong with the London stadium special vehicle. This could be an even worse political mess than Haringey Council has found itself over its property development vehicle. I asked the Mayor if he would bring any such future plans back to a full Council meeting for approval but he did not agree and said it would go to Labour Group.

Fortunately Cllr’s Hussain and Clark managed to amend the proposal to just doing a review of existing arrangements and nothing else.

Review of Scrutiny arrangements
The Select Committee on Communities and Local Government has recently published a hard hitting report criticising many Councils for inadequate Scrutiny of Executive decisions. I have publicly commented on this report with and I am pleased that Scrutiny Chair, Cllr Rokhsana Fiaz, will be taking the recommendations to the Overview & Scrutiny Committee.

Surgeries and case work
I have attended 2 surgeries per month in Vicarage Lane Community Centre and Brassett Point Residents Association room. Casework regarding Academies, ASB; parking ticket policy; disabled adaptations disrepair, speeding cars, Right to buy, insurance and forming a Tenants & Residents group. I was most unimpressed with repair failures in the Church Street block run by One Housing Group and I am trying to arrange an inspection. I have received a petition from residents which I will present at the next Full Council meeting.

Ward meeting/Xmas Social
7 December I attended ward meeting and went on to enjoy the Xmas social. Many thanks to Lyn Brown MP for attending and the organisers for a great evening.

West Ham campaigning & petition on lack of social homes in Ford Showrooms development
We are waiting for the planning meeting. There is now a West Ham Labour ward petition at Change.org http://chn.ge/2iq4UKb. Please support this petition.

Durul Jannah Community Centre, E15 – Planning permission
19 December. I spoke in favour at a hearing for a change in planning permission for this centre. Officers are opposed but I think they have got it wrong over this issue. I was supported by Cllr Forhad Hussain and Cllr Mas Patel. Unfortunately due to a mistake with the paperwork the application had to put on hold but I hope this can be sorted out as quickly as possible.

Labour doorstep
9 December after Surgery I went door knocking & leaflet distribution in Stratford ward with a local Councillor and activists.

Councillor Candidate’s selection meeting postponed.
Apologies to ward members who had reserved 9/10 December for the chance to elect candidates for the local elections in May 2018. Due to a number of appeals outstanding for applicants who did not pass the initial interview the Regional Labour Party has postponed the selections. No new date yet.

Mayoral “trigger ballot” to be rerunThe Mayor, sent out a press release saying that he wants a rerun of his selection process as the Labour Candidate for Executive Mayor. I thought his release was extremely odd but it does appear that he concedes that the process was “rigged” and that it needs to be rerun. I strongly support it being redone but think that there is not enough time for a Mayoral “Trigger” and selecting Councillor candidates, so I believe that there needs to be an open selection process for our Mayoral candidate.

London Collective Investment Vehicle (CIV)
11 December I attended with UNISON colleagues for the public part of the business meeting. The CIV is planning to manage nearly all Local Government Pension funds in London (including Newham). However, the governance arrangements are nonsensical since there is no beneficiary representation.

Anti Academies Protest Hallsville School
23 December I attended a successful and well organised protest outside Hallsville School in Canning Town with parents, teachers, children and 4 other Newham Councillors (including are very own John Whitworth). I was quoted in the Newham Recorder that the Council must raise it game since schools are blaming it for “forcing” them to become academies due to lack of support.

Workers Memorial Day 2018
Date for future is Saturday 28 April 2018 when West Ham Labour Party and local trade unions will be remembering all those killed at work or who have died of work related ill health at the Three Mills Green Memorial.

Donation in lieu of Christmas Cards
Once again I made a donation to a charity rather than send any Christmas cards. This year to the Magpie Trust which helps homeless families in Newham.

Congratulate Seyi Akiwowo
Finally, I think we should congratulate your ward chair (& Forest Gate Councillor) on her contribution to the UN about on-line hate and founding the campaigning group Glitchuk.

If any member wishes to contact me about this report to discuss any aspect please do not hesitate to do so.