‘My God, what’s going on here?’ Inside the NHS crisis 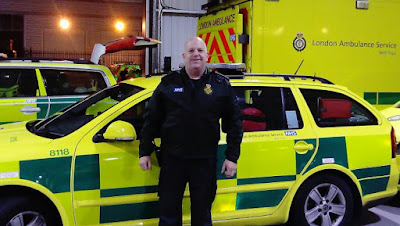 Jason is a UNISON paramedic (and also a longstanding member of my Regional Labour Link Committee). Hat tip UNISON website.

The nation is in panic over the so-called ‘winter crisis’ in the NHS. But according to paramedic and UNISON member Jason Anderson, such pressures have become “the norm” for health staff on the frontline

Among the procedural messages that paramedic Jason Anderson and his ambulance colleagues receive on their onboard computers as they drive through London, one particular request from hospitals is becoming more and more frequent: Extreme pressure here. Please avoid and use alternative hospital if patient criteria permit.