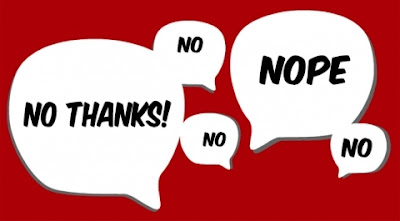 I have blogged about the process and how important the position of a Directly Elected Mayor or so called Executive Mayor is here and also about a website triggerdemocracy.com that argues that there should be an open selection process for the next Labour Candidate to be the Mayor in Newham.

I now want to discuss in more detail why I think Labour Party members and affiliates ought to vote NO at the trigger ballot (or so called "affirmative ballot") meetings during the next few weeks and therefore saying YES to fairness, choice and democracy.

The position of Directly Elected Mayor is immensely powerful and influential. The Newham Mayor has decided to retain near 100% of Executive power in the Council. This is in his gift according to law. Money is of course key and the Mayor is completely in charge of making appointments and patronage.

Councillors are pretty powerless, since the only way they can block the Mayor is if two thirds of them vote against the Mayor's Budget. They still have an important role in advocating and representing constituents but essentially they have little or no individual or collective power compared to the Mayor.

The Council "Cabinet" is also powerless, at best a talking shop and purely advisory. The Mayor can ignore cabinet or scrutiny decisions and appoint or fire cabinet members and advisers at will. All paid advisers and Cabinet members to the Mayor are bound by a Council protocol to support the Mayor or face being sacked with no right to appeal.

Recently 10 out of the 60 Newham Councillors were given full time paid positions receiving each up to £44,000 including the basic allowance per year and (legally suspect) pensions purely to be advisers to the Mayor - appointed solely by the Mayor.  Other payments are made for sitting on non Council bodies.

Some 27 out of the 60 Newham Councillors have been given paid positions (with pensions). While 6 of them are nominally independent of the Mayor (and I think that "nominally" is the best description given his position and influence) the rest are purely there according to the grace and favour of the Mayor. Many are dependent on the Mayor to pay their bills and their mortgages.

This is why we need to have an open and democratic selection process for the next Mayor. Such a powerful position must have some basic checks and balances. Being openly selected from time to time must be one of them.

Is there any good reason why Directly Elected Mayors should not face an open selection process every 4 years as do all Labour Councillors everywhere and and all other Labour Council Leaders?

If there is (and I doubt it) then there is certainly no good reason for not having an open selection for 19 years (2002 the last one and if not this time then 2021 the next - which may even be another trigger ballot).