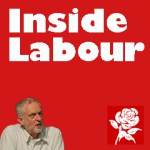 Check out this article published in the Left Futures website on Monday.

"Many people have reservations about the new Regional Directly Elected Mayors but such Mayors in single (unitary) authorities’ raises different concerns. The Mayor for Greater London, Sadiq Khan, has a very powerful position but he has significant checks and balances from an elected assembly whose only real job is to scrutinise him and from 33 independent minded London Boroughs who have professional legal and media teams to fight their corner.

With an Executive Mayor in a single local authority such as Newham, the dynamics are very different. That is why a broad coalition of Labour Party members from all wings of the Party have come together in in Newham, East London (West Ham and East Ham CLP) to argue for a NO vote in the forthcoming Trigger Ballot (also known as an “affirmative ballot”) and for the current Mayor, Robin Wales, to be shortlisted but also allow other Party members to put themselves forward as a possible candidate.

To be clear, the current Labour Mayor will be automatically shortlisted if local Newham Labour branches and affiliates vote NO. There would then be an open selection process of all Party members based on “one member, one vote” on who should be our candidate in 2018.

Current controversial Newham Labour policies such as the privatisation of Council services into small businesses, closure of Sure Start centres and youth club provision, the selling off Council voids to well-paid people earning up to £90,000 per year while we send homeless families to Birmingham have never been put to local Party members.

This is completely unlike MPs who do not enjoy “Presidential” powers and are overwhelmingly part of the legislative and not the executive. 27 out of the 60 Labour Councillors in Newham have a paid SRA (Special Responsibility Arrangements) nearly all of which are the gift of the Mayor. (approx £1,615,260 wage bill over four year term) Eight councillors are paid over £33k (plus 10k allowance). All of them are men.

The Newham Executive Mayor is a hugely powerful and influential position. All “Executive power” has been kept for the Mayor in Newham, meaning that the Cabinet is purely advisory and as all other Mayoral advisors they can be sacked without appeal if they disagree or fall out of favour with the Mayor.

Since the Labour Group is conflicted and party members have no real role in holding the Mayor to account then one of the few ways to check and balance the powers of the Mayor is to hold an open selection process. I personally would argue that this should take place after every 4 years. Other may think sooner or longer but I have never met anyone who thinks 27 years is a good idea. Maybe also the Party should reintroduce a maximum two term limit which was the original intention.

I think that the Labour Party NEC should have (and can still) use their powers under rule to order an open selection in Newham. If not I hope that Newham will vote NO to reaffirm the current mayor and therefore YES for an open selection.

There are also a mass of really serious complaints and motions by CLP officers, branches and local Party members about the questionable timetable and process regarding the ballot. Not least that a paid Mayoral advisor has been appointed as the procedures secretary to overview the selection of the Mayor.

The trigger ballot meetings start Monday 14 November and have to finish by 4 December. If you are a Labour Party member or affiliate please participate and vote NO. Check out the website “TriggerDemocracy.com” for further details”.
Posted by John Gray at Sunday, November 13, 2016