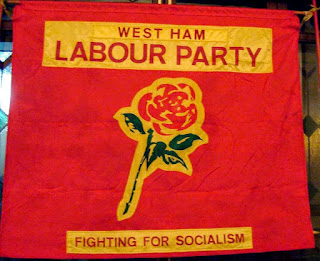 The motion below was passed by overwhelmingly on Wednesday by the Executive Committee of West Ham Labour Party. The London Labour Regional conference takes place at Congress House tomorrow.

1. The Labour Party Rule Book states that all Local Campaign Forums (LCF) must hold annual AGMs after May each year at which an executive has to be elected. Where a LCF fails to elect an executive, the Rule Book implies that the entire LCF makes executive decisions.

2. That the Newham LCF did not hold its 2015 AGM until March 2016, and failed to elect an Executive at that delayed AGM.

3. Since the last meeting of the Newham LCF on the 31 May 2016, new delegates to the LCF have been elected by West Ham and East Ham CLPs.

4. That a trigger ballot timetable on re-selecting the current directly elected Mayor of Newham to be the Labour Party candidate at the May 2018 local elections was approved at meeting with the London Region Director on the 25th October 2016 and some members of the Newham LCF.

5.That the whole of the current Newham LCF members weren't notified about this meeting taking place.

6.That London Regional Board members were not notified by the London Region Director of the planned meeting with the Newham LCF or the proposed trigger ballot process.

7. At the meeting on the 25th October 2016, a procedural secretary was also appointed who is a is paid mayoral advisor to the current Labour Mayor of Newham seeking re-selection. This potentially creates an unacceptable conflict of interest.

8. Based on the Trigger Ballot timetable agreed by the London Region Director and some members of the Newham LCF, only members of the Labour Parties in Newham who joined on or prior to the 25th April 2016 will be eligible to participate in Trigger Ballot meetings held by eligible branches and affiliates. This freeze date will mean that hundreds of new members in Newham will be disenfranchised.

9. Branches and affiliates in Newham will have to meet and vote on a 'affirmative nomination' to re-select the current directly elected Mayor Sir Robin Wales between the 14th November 2016 - 4th December 2016 and there is emerging evidence of procedural abuse happening where NEC guidelines are being ignored. For instance, officers in one branch in West Ham CLP had the date of the branch's Trigger Ballot meeting determined by the Procedural Secretary without their knowledge.

1. That the current Trigger Ballot timetable in Newham be suspended and withdrawn;

2. The London Region Board oversee an investigation of alleged procedural abuses in conjunction with the NEC Organisation Committee;

3. That the Newham LCF calls an emergency meeting where all new LCF delegates elected at the respective East Ham and West Ham CLP AGMs to elect its new Executive. Where possible this should be constituted as the Newham LCF's 2016 AGM which hasn’t taken place;

4. That resolves 3 should be followed by a new Trigger Ballot timetable, set and circulated before 31 December 2016.

*Emine Ibrahim, CLPs representative on the Regional Board and member of the Conference Arrangements Committee, has confirmed there is no deadline for emergency resolutions.
Posted by John Gray at Friday, November 11, 2016