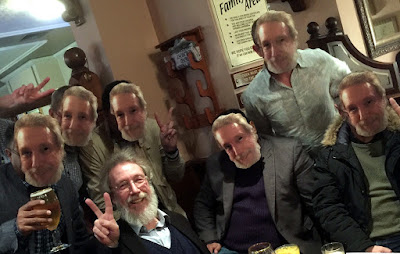 Check out reporter Kat Hopps latest from the Newham Recorder

"Campaigners from opposing sides of the Labour candidate Mayor of Newham 2018 election process say they are confident of winning.

Sir Robin Wales has so far won nine trigger ballots and lost three in votes which took place in wards across the borough this
week.

However, Cllr John Gray, who is campaigning for Labour members to vote “no” in the ballots – in order to give other candidates the chance to run rather than Sir Robin being automatically selected – said the “close” results had already caused an “earthquake”.

He said: “It is neck and neck because the wards that were always more likely to vote yes were held this week.

He added: “There is already an earthquake in Newham politics and there has never been a challenge like this in Newham wards.”

Wards that have voted no are Canning Town, East Ham North and Forest Gate North. A further 12 affiliated organisations are also in the process of voting and have yet to declare.

So far there have often been just a few votes difference in the results.

The Recorder has been told by a spokesman speaking on behalf of the Labour Party that Sir Robin Wales and his supporters “are feeling confident that they are in a position to win”.

A spokesperson for Trigger Democracy disagreed. She said: “Compared to 2013, lots of wards have been voting “No” or have been really close.

“We’ve achieved a lot in a short time with lots of members visiting our web, Facebook and Twitter and we’ve had members coming along to meetings talking about and voting for an open selection.”

Although the Recorder has yet to receive official confirmation, it understands that only two wards voted against Sir Robin being automatically reelected as the Labour Mayoral candidate for Newham in 2013.

A decision to set the six-month “freeze date” on new Labour members being able to vote four months earlier than in 2013 is also proving controversial with an official complaint being raised with the Labour Party.

Cllr John Gray has said “hundreds of new members in Newham will be disenfranchised” from the vote who may be more likely to opt for a multiple candidate option.

A representative for the Newham Local Campaign Forum (LCF) said the timetable and freeze date for Newham’s mayoral trigger ballot “were set according to the proper rules and procedures of the Labour party”.

(Photo not from the Newham Recorder but "Je Suis Whitworth for Mayor Campaign". Play "Spot the Mayoral Advisor" game. Also note the "Labour Party" will not have made any statement about Sir Robin "feeling confident". His paid appointees may have done)
Posted by John Gray at Friday, November 18, 2016