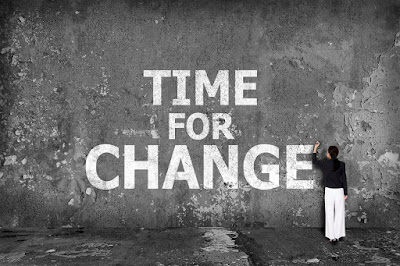 See the latest report from the Newham Recorder on the trigger ballot.

I do think that it is a genuine shame that Cllr Clive Furness when expressing his views about the Mayor does not declare that he is a full time paid employee of the current Mayor.

Thinking about it all the 22 paid Councillor "advisors" to the Mayor are employees on zero hour contracts?

Two Labour branches and affiliated organisation Newham Co-op voted “no” in the latest round of the trigger ballot process this week, bringing the total number of wards pushing for an “open selection” election process to six.

However the Recorder understands a complaint has been formally lodged with the London chair and national chair of the Co-op party about “process and conduct plus missing ballot papers” at its vote on Monday.

But Chair of Newham Co-op Gill Hayes said the the person in question was being written to tomorrow to clarify that the process was in fact valid.
She said: “After investigation, it shows 73 ballots were issued and 73 ballots papers were returned.”
Stratford and Newtown ward voted Yes: 36 to No: 37 while Little Ilford ward voted Yes: 23 to No: 36.
Despite the wins, the “yes” votes still lead with nine wards in favour of keeping Sir Robin as the selected Labour candidate for Mayor of Newham.
Cllr Clive Furness, who represents Canning Town North, said he was supporting Sir Robin Wales for automatic re-selection.
“He has an excellent record and the drive to achieve more, we should focus on defending local people from the vicious attacks of the Tories and because when Labour spends time talking to itself we lose touch with our people,” he said.
A further six Labour wards are yet to vote and the majority of these are expected to take place next week.
West Ham, which votes on Tuesday, is expected to vote “no” but the other wards could go either way, the Recorder has been told.
Cllr John Whitworth, who has declared that he is “prepared to challenge” Sir Robin Wales as the 2018 Newham mayoral candidate should an open selection election process be triggered said next week’s votes would be “key - and really exciting”.
“As predicted, the argument for an open selection process did better this week with three straight wins, with two by massive majorities,” he said.
“It is becoming clear that it is the popular will of ordinary Newham party members that they want an open selection.
“It appears that other contenders are considering whether or not to declare.”
A further 11 affiliated organisations are also in the process of voting and have yet to declare.
A spokesperson for Trigger Democracy said: “From Stratford to Little Ilford, Labour members from all across Newham have been voting for democracy and choice.
“Trigger Democracy will carry on making its case as more wards meet next week.”
Posted by John Gray at Sunday, November 27, 2016